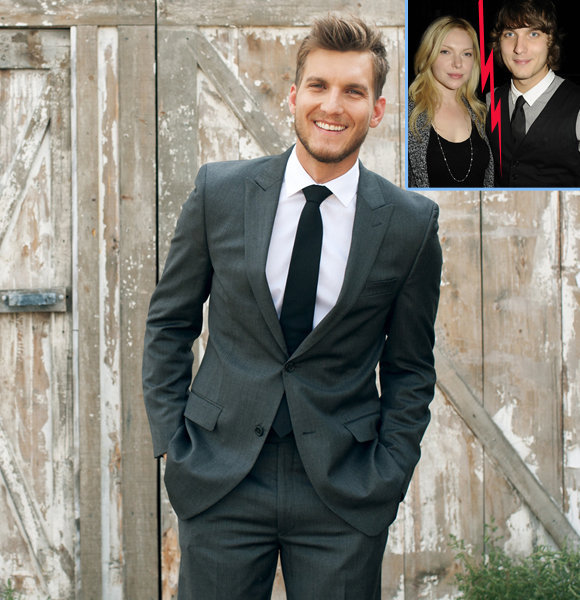 Different people have different priorities in life, and the same can be said about the talented and good-looking actor Scott Michael Foster, who has been able to do a splendid job in his professional life.

But when we stumble upon his personal life, the man remains silent. His dating life has been somewhat a mystery to the fans, and fans often wonder if he has a girlfriend at the moment.

Let's find out if the Greek actor is seeing someone or not.

Scott Michael Foster is currently dating the daughter of Bill Fagerbakke, Carson Fagerbakke. Carson is also an actress who has amazed the world with her awesome performance in Dynasty.

Scott has not given any details about how he met his girlfriend Carson, but they were part of the movie Love, for real.

The couple has not shared details about their relationship. However, Scott posted a picture with his girlfriend in 2019. Thus, we can assume that the couple has been together since then. Scott and Carson don't share pictures of them like other couples, but they occasionally express their affection for one another.

Looking at their social media, it seems like their relationship has been going strong.

Even after being together for a long time, there has been no sign of marriage or a baby.

However, Scott has been in relationships with other women as well.

He rarely talks about his dating life, but his fans sure know that he has never lacked girls in his life. He was once in a relationship with his co-actress Spencer Grammer. Their fans called their love story a real-life fairytale and dreamed about them getting married. However,  the relationship did not last long, and the couple called it quit their relationship back in 2008. The news of their split broke the hearts of many fans around the globe. Spencer and Scott kept their relationship private, which also resulted in not sharing the reason being the two splittings. Scott Michael Foster and Laura Prepon dated each other once. (Photo Credit: whosdatedwho.com)

Their relationship was going well until they split up after being together for five years.

Laura and Scott dated from 2008 to 2013, but then the connection died without many revelations about how the relationship ended.

But both of them now have moved on. Laura has moved on and is married to another actor, Ben Foster, whereas Scott is head over heels for Carson Fagerbakke.

As of now, Scott has been living a happy and peaceful life with his partner. However, we hope to hear a wedding bell soon.

Stay tuned to get more updates on Scott Michael Foster.