Stephanie Ruhle's Relationship With Her Husband After Her Extramarital Affairs 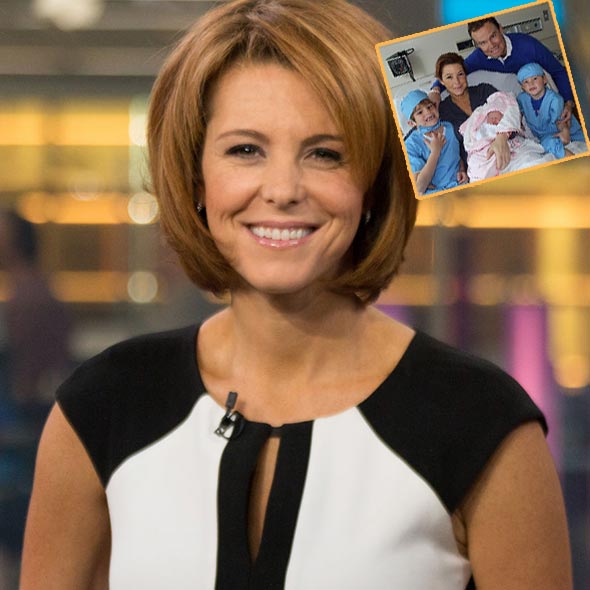 It takes great courage to swap professions and start something new all over again.

Stephanie Ruhle is one such person who changed her job from an ordinary banker to a media reporter after realizing that she was not happy with her profession.

With his supportive husband, she switched her career, which has been successful all over.

Stephanie is very lucky to find someone that supportive. Let’s find out more about her married life.

A mother of three children: Harrison, Reese, and Drew, it was her finance career that led her to meet her husband in a training program.

He was co-CEO at a New York-based start-up called HausMart from 2018 to 2019. Before joining HausMart, the father of three applied his trades at UBS O'Connor, Credit Suisse, and even Deutsche Bank.

The couple is very close, and everyone often notices their intimate relationship on social media. Back in 2012, Stephanie and Andy made the list of "Wall Street’s Hottest Power Couples."

With a very hectic and demanding schedule every day, Ruhle does her best in her job only to go home and be a wonderful wife and a loving mother -- or that's what the people believed.

Even with her busy schedule, she was said to be having an affair.

Per the story, the duo developed romantic ties after Kevin summoned Stephanie for business advice.

Many of Under Armour's staff saw the MSNBC anchor, Stephanie getting on a private jet owned by Kevin Plank and speculated they were having a romantic escapade.

However, Kevin's representative later responded to the reports and asserted that the two were just friends.

As for Stephanie, she refrained from commenting on the story.

Everyone doubted that her affair impacted her marriage and led to a divorce; however, that never happened.

Andy has known Stephanie for so long. With her husband’s support, she was able to build a career, and it's obvious she won’t choose another man over her supporting partner.

For the early half of her professional life, Stephanie worked in the finance and banking sector as the M.D of Global Markets Senior Relationship Mgmt, Deutsche Bank.

But, after realizing that she didn't want to pursue her career in the finance sector. So, with the help of a very supportive family and a caring husband, Stephanie decided to switch careers back in 2011 from the banking sector to the media, which were two completely different areas.

Her successful audition got followed by her professional news coverage and reporting, which earned her colossal fame and respect.

Even her husband, Andy Hubbard, was astonished by his wife's dedication. In an interview with Today in May 2016, he said:

"What did shock me is that the first day of work at Bloomberg, she went there, and I thought they were gonna train her for weeks and months. And she was on air the very first day and never looked back."

Stephanie started to work initially with Bloomberg Television in 2011 and presented the morning show "Bloomberg ."

She then switched to MSNBC, and the rumor has it that her anchoring gig at the network offers her a better position and salary.

As an anchor and correspondent, she appears on the 9 A.M shows on weekdays. Stephanie has also been garnering massive fanfare while featuring on the Weekend TODAY show of the NBC network as a new co-anchor since May 2016.

Although she has not revealed her net worth, it wouldn't be wrong to assume that she makes a handsome salary as she has involved herself in multiple shows and has an expensive lifestyle.

A news correspondent at NBC, she makes a salary of anywhere between $43 thousand and $128 thousand. Considering her experience and popularity, Stephanie's salary at MSNBC ought to be much higher than the average pay.

Further, she and her husband put their beautiful Tribeca condo for a $5.2 million sale in 2016, reflecting her vast net worth.

A graduate of Lehigh University, Stephanie is also a contributor to Shape Magazine's New Baby New Body column since April 2013.

In early 2022, she became the permanent anchor of The 11th Hour after the departure of Brian Williams. Stephanie is the host of The 11th Hour. (Source: Instagram)

Stephanie is supposed to be gay despite having a partner. However, we can safely assume she is straight based on her social media.

According to her Instagram, she is currently enjoying a lovely life with her family.

We will make sure to give you more updates on Stephanie Ruhle in the coming days. Till then, stay tuned.