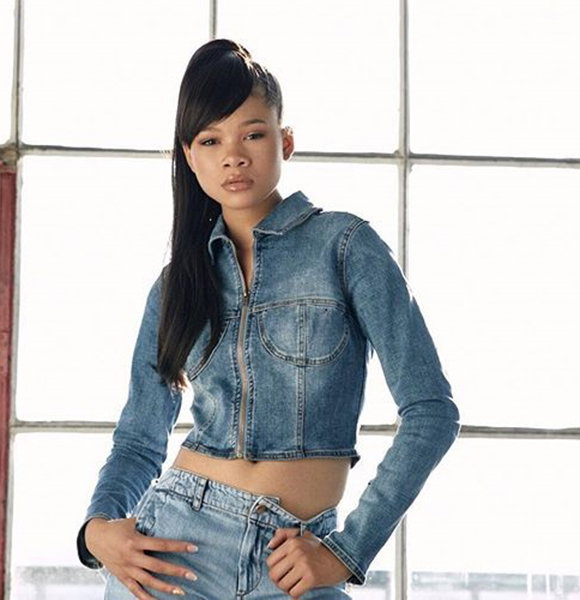 Starting early at the age of three with an appearance in the Sprouts PBS commercial, it didn't take much for Storm Reid to seek a career as an actress.

Once she joined the Creative Studios Atlanta Film Academy as an eight-year-old, there was no stopping the youngster.

No wonder, she landed the lead role of Meg in the 2018 movie, A Wrinkle in Time. Storm’s fame grew in 2019 when she played the role of Gia Bennett in TV’s breakout hit, Euphoria. Now, she is set to star in Hollywood’s anticipated movies; The Suicide Squad and The Invisible Man.

Storm’s personal trainer-life coach father and TV/Film producer mother helped Storm’s showbiz career early on. They enrolled the 16-year-old in vocal and voiceover lessons and hip-hop training. Further, the Reid family homeschooled Storm so that she could pursue her acting aspirations fully.

Storm is still a teenager and hasn’t started dating publicly. However, it hasn’t stopped the actress from doing teenage things. In April 2019, she went to the prom with Sayeed Shahidi - brother of Grown-ish actress Yara Shahidi. Interestingly, Yara helped her younger brother in orchestrating the cutest promposal for the Euphoria star.

It is unclear if Storm and the young man are dating. However, their friendship goes way back. The pair predominantly appeared together on Instagram in 2017. Further, Strom and Sayeed also went to another dance as a couple in the past.

Storm got her start in the movie business with The Girls of Summer in 2012. After the short film, she increased her resume playing Emily in the Oscar-winning movie, 12 Years a Slave in 2013.

Besides movies, the actress of American nationality has been part of many TV shows namely, The Thundermans, Adam Devine's House Party, NCIS: Los Angeles, and Nicky, Ricky, Dicky & Dawn.

Further, her other projects include Chicago P.D., When They See Us, The Bravest Knight, A Happening of Monumental Proportions, Santa's Boot Camp, and Lea to the Rescue.

To date, she has over 40 acting credits. As a result, Storm earns an average salary of $5,258 per week. With a growing career as a teenager, the actress of height 5 feet 7 inches (1.70 m) undoubtedly boasts a decent net worth.