Summer Phoenix's Relationship Status After Her Separation from Her Husband 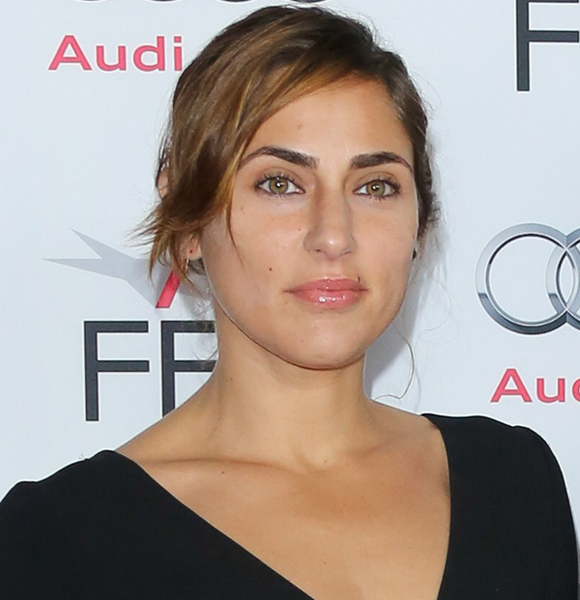 The actress of 'Suzie Gold' Summer Joy Phoenix got separated from her husband of ten years. It's been almost five years since her divorce.

So does that mean she has moved one? Is she dating anyone? Who is her boyfriend?

To learn more about her personal life, keep scrolling.

Summer doesn't seem to be dating anyone as no source has spotted her with any men who can be suspected as her boyfriend.

However, there is a possibility that she might have a partner and wants her love life concealed from the public.

Recommended: Lisa Arrindell Anderson's Husband Not In the Picture Anymore?

Summer met her ex-husband, Casey Affleck, through her brother Joaquin Phoenix in 1995. Her brother and her husband worked on 'To Die For'

After knowing each other for a while, Summer and her then-boyfriend eventually began dating in early 2000. After being together for three years, Summer's boyfriend proposed to her in New York City on December 25, 2003. Summer, posing together with her ex-husband, Casey, at an event. (Photo: ENEWS)

However, before getting married, the former couple welcomed their first son, Indiana August, on May 31, 2004. Afterward, the pair's wedding ceremony took place in Savannah, Georgia, on June 3, 2006.

After two years, the duo welcomed another son, Atticus Affleck, on January 12, 2008, completing their family. Summer Phoenix's children, which she shares with her ex-husband, Casey. (Photo: People)

After sharing a 10-year-long married relationship, Summer and the Oscar-winning actor decided to separate on March 16, 2016, finding it strenuous to continue due to some trust issues.

Summer Phoenix cited the reason for the divorce to be irreconcilable differences and further asked for joint physical and legal custody of their children along with spousal support.

Additionally, she mentioned the date of their separation as November 2015.

Even though the couple is not together anymore, that doesn't mean they have not been in contact. Summer and her ex-husband are co-parenting their sons.

Both Summer and Casey have kept the balance in raising their children together. Currently, Casey Affleck is dating Caylee Cowan, whereas Summer seems single.

It appears like Summer is more focused on her career and family.

Her father is a founder of a landscape gardening business, whereas her mother, also known as Heart Phoenix, is a social activist.

Among the five siblings, Summer is the youngest one. Talking about her siblings, all of them are celebrities who have established their names in Hollywood. Summer started her acting career at a very young age. She gained fame as a child actor and has appeared in 'Swamp Thing,' 'Airwolf,' 'Growing Pains,' 'Murder,' and 'She Wrote' as a guest star.

Thanks to her hard work and dedication, Summer has amassed a huge net worth. According to Celebrity Net Worth, she has accumulated a net worth of $4 million.

Looking at her fame and wealth, it appears that Summer is leading a comfortable life.

Stay tuned to get more updates on Summer Phoenix.