By LRU Writer | On: July 06, 2021
Tanya Sam is the Director of Operations and Partnerships at...she also helps encourage female entrepreneurship through her organization...was born in Toronto, Canada and celebrates her birthday on...earning a nursing degree from the University of Toronto...fell in love with Paul...net worth is accumulated to... 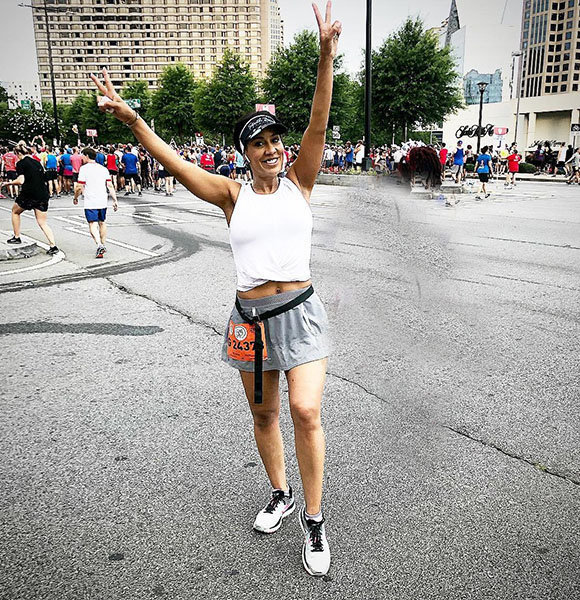 Tanya Sam successfully transitioned from the medical sector to the business world, pursuing becoming an entrepreneur.

At TechSquare Labs, she is the director of Operations and Partnerships. She is also a successful businesswoman and television personality who is most known for her role on The Real Housewives of Atlanta.

In a similar vein to the business world, her group, BuiltxWomen, even helps to promote female entrepreneurship.

He has been in a relationship with Paul Judge since 2009. They met in Los Angeles while he was shopping with her sister. Like falling in love at first sight, Sam was smitten by his wife right away. She was too timid to approach him, but her sister helped her break the ice, and the two ended up having drinks together with their friends.

The pair has been together for more than a decade. However, despite their marriage, the couple does not have any kids that can brighten the mood in the household.

The tech-savvy entrepreneur was born in 1978 in Toronto, Canada, and celebrates her birthday every year on December 13th. She is a mixed-ethnicity woman since she is the daughter of a Ghanaian father and an English mother. She was raised by her parents alongside her two sisters, Tamara Sam and Lanalee Araba Sam.

Ever since an early age, she has always done well in school. She earned a bachelor's degree in genetics and cell biology from McGill University and a master's degree in nursing from the University of Toronto.

Between 2002 to 2006, Sam worked as a registered nurse at The Princess Margaret Cancer Foundation after finishing her further education. During her ten-year nursing career, she also worked at New York Methodist Hospital (2007-2012) and Northside Hospital (2012-2015).

Yet, in 2012, she founded and became the CEO of the Limitless Smart Shot before joining TechSquare Labs as the Director of Operations and Partnership in 2015.

For her role on the reality show, The Real Housewives of Atlanta actress has garnered fame and money.

She began her career as a nurse and spent 10 years working in several hospitals. However, when she met her partner husband and decided to start their own firm, she changed her focus to business and technology.

Since then, the married pair has gone on to establish a corporate empire for themselves. His net worth is in the millions, and she owns many businesses around the United States.