By LRU Writer | On: December 31, 2019
Actor Tom Green is a multitalented personality, who has donned many hats...best known for his roles in...is not a married man as of now...high profile relationship with actress Drew...tied the knot...parted ways after...divorce settlement...was linked with... was born as...parents are...started his career at the age of... appeared in movies like... estimated net worth of... 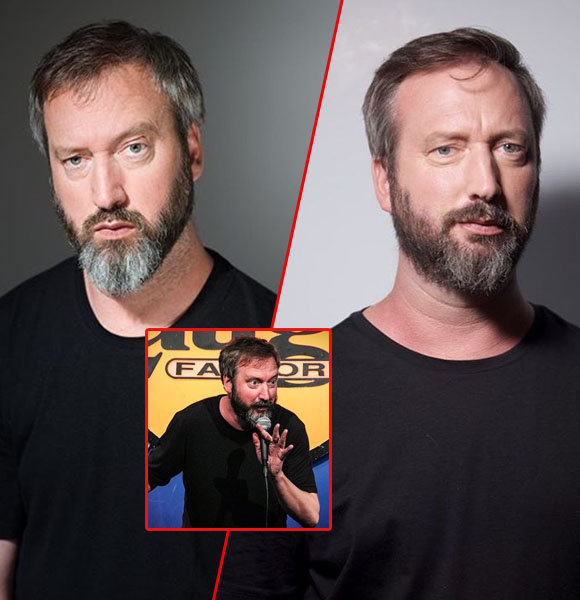 Actor Tom Green is a multitalented personality, who has donned many hats throughout his career. He is a standup comedian, rapper, actor, television presenter producer and a director.

Most recently, he also appeared as a contestant in the reality show Celebrity Big Brother (2019).

Tom Green is not a married man as of now. Further, his relationship and dating affairs also remain pretty secluded.

However, his high profile relationship with actress Drew Barrymore is no secret. Tom and Drew first crossed paths on the sets of Charlie's Angels(2000).

The couple got engaged in July 2000 and tied the knot a year later, on 7th July 2001. But their marriage was short-lived, and the pair parted ways after five months in December 2001. Finally, their divorce was settled in October 2002.

For the divorce settlement with his ex-wife Drew, Tom had to pay a whopping sum of $300k in alimony.

After his failed marriage with Drew, Tom was linked with Erin Darling, Katherine von Drachenberg, Brittany Murphy, and Mary Carey at different points of time.

But as of now, Tom keeps his personal life pretty low key. And that opens two possibilities- he could be either single or dating someone secretly.

Tom was born as Michael Thomas Greenon on 30th July 1971 in Ontario, Canada.

His parents are Richard and Mary Jane Green. His mother, Mary, worked as a consultant, whereas his father, Richard, worked as a computer analyst. Tom grew up alongside his brother Joe Green. Further, Tom is a genuine family guy who adores his parents. Even his social media is filled with sweet pictures with his parents and brother.

Tom Green was an entertainer in the making from a very young age.

He started his career at the age of fifteen, performing standups at various clubs. A few years later, he started performing rap comedy with a group named Organized Rhythm.

Eventually, he also landed a job for himself as a radio host in Canada. By that time, Tom had already established himself in the world of comedy. But his fame increased, even more, when he got his show on MTV titled The Tom Green Show.

Apart from that, Tom has also worked as a producer, director, and writer for his titular talk shows.

Well, Tom's career has, for sure, been one hell of a ride. With such a fantastic career, his estimated net worth of $5 million does not come as a surprise.