By LRU Writer | On: August 02, 2019
Too Short's real name is...legendary rapper's girlfriends include...shares daughter with wife prospect...hails from a family of...owns a net worth of... 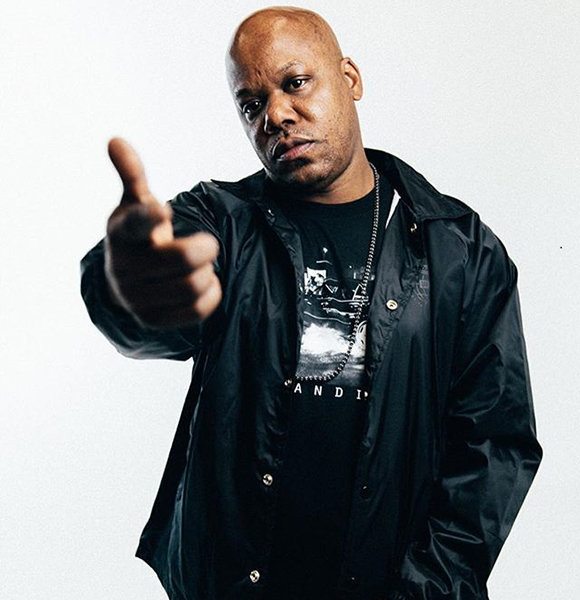 Influence wise, Too Short is perhaps history's most underrated Hip-Hop artist. Credited with introducing the theme of pimping in rap lyrics, the Los Angeles, California-native often gets left out of the "GOAT" discussion.

Actively rapping since the mid-80s, he owns a behemoth of a discography. Between 1987 and 2012 alone, Too Short released a total of fifteen albums.

Read along to acquaint yourself with the legendary rapper's legacy and personal details!

Too Short - now age 53 - was born in 1966 in Oakland, California. His real name is Todd Anthony Shaw. He attended the Fremont High School located in his hometown.

The Only Dimes rapper came from a well-to-do family. Both of his parents - father Anthony Shaw and mother Dorothy Shaw (died in May 2016) - held jobs as accountants. Furthermore, he is siblings with Wayne Loc and an uncle to Beverly Ransom.

Standing at five feet & seven inches (1.70 m) in height, Too Short shot to stardom with his sporadic single Don't Stop Rappin'. He was 17 at the time.

Building on the success of his breakthrough song, the West Coast rap legend founded the record label Dangerous Music in 1986. Dangerous Music later became Up All Night Records.

Circa mid-1990s, Too Short relocated to Atlanta. With the move, came the artistic renaissance in his approach to making music. Collaborating with Crunk pioneer Lil Jon, he churned several hits.

Of all the projects, his 1989 album "Life Is...Too Short" garners the title of a rap classic. Dubbed a landmark by public consensus, the stated LP went double platinum in the US.

Too Short's never-ending hustle - be it through direct album sales or touring or even cameos - gets reflected on the money he has accumulated over the years. As of 2019, he summons a reported net worth of $15 million.

As someone who faced backlash for the blatant misogyny on his early works, Too Short often gets labeled a sexist. On the contrary, he seems a hit among the ladies. But more importantly, his daughter Javoni Christina adores him. Javoni's biological mother is Erica Escarcega. Too Short began his involvement with girlfriend Erica around early-2000s. Throughout the romance, the pair preferred to keep their love aloof. It is unclear whether or not the Gettin' It rapper bestowed Erica with the title of a wife.

Besides Erica, Too Short has had romantic ties with Monica Payne. Before the duo's relationship took a romantic turn, they were friends for nearly 15 years. Together, the pair even appeared on VH1 series, Couple's Therapy.

One of Too Short's least discussed love affair is with ex-girlfriend, Karrine Steffans. The controversial rapper and his once-wife prospect Karrine dated briefly before parting ways.