By LRU Writer | On: June 19, 2019
Nobody handles the instrument banjo quite like Winston Marshall... Fans of British folk-rock collective Mumford & Sons can attest to that... Winston and American actress Dianna Agron first got romantically linked in July 2015... He was born in 1988 to biological parents, Sabina De Balkany and Paul Marshall... 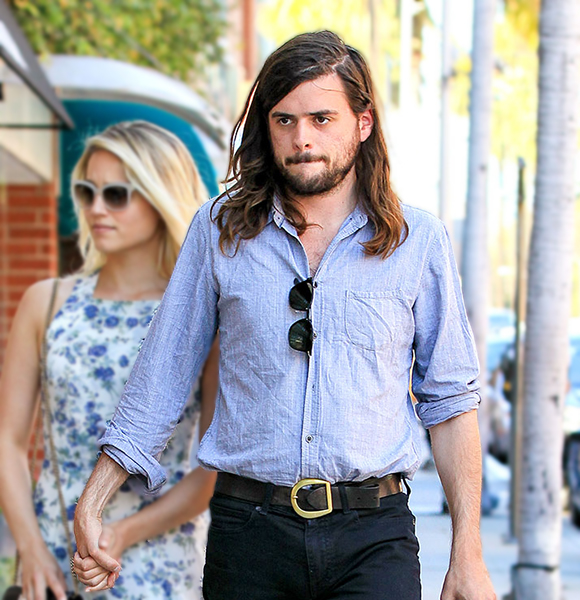 Nobody handles the instrument banjo quite like Winston Marshall. Fans of British folk-rock collective Mumford & Sons can attest to that.

Primarily recognized as Mumford & Sons' banjo player, Winston is the band's founding member. He also contributes to the group's musical output as a lead guitarist and backup vocalist.

Barely four months after the appearance in Europe, the British banjoist & his Glee star became an engaged couple.

Winston wasn't Dianna Agron's first high-profile beau though. Back in 2011, reports of her engagement to I Am Number Four costar & boyfriend, Alex Pettyfer stirred up the rumor mill. Neither she nor Alex never confirmed the news. Further, she shortly dated Trinity actor Christian Cooke in 2012.

Following the engagement, Winston and Dianna waited nine months to tie the style. It was worth the wait.

Married in October 2016 at the Beldi Country Club in Morocco, the lovebirds' wedding lasted for three entire days. Fellow Mumford & Sons members and British actress Carey Mulligan were the notable guest at the event. On the day of their wedding, Winston donned a turban and embroidered jacket. Meanwhile, his bride looked stunning in a Valentino gown.

Going against the grain, the musician and his wife didn't immediately bear children. Instead, they dedicated all the attention to their respective career.

Winston is a native of Wandsworth, London, England. He was born in 1988 to biological parents, Sabina De Balkany and Paul Marshall. An investor by trade, his father co-founded Marshall Wace hedge fund.

Nicknamed WN5TN, the 30-year-old is siblings with Giovanna. Like him, his sister also practices music for a living.

Around the same time, the London native held a job of organizing jam nights at Bosun’s Locker, a Fulham-based club. Salvador Dali Patron, Captain Kick, and Cowboy Ramblers are his other notable side projects.

Founded in 2007, Mumford & Sons announced their arrival with the 2009 debut, Sigh No More. In 2012, the British folk-rock outfit released their Grammy-winning sophomore album, Babel. Wilder Wind & Delta were the group's subsequent chart-topping projects.

Throughout the band's four-album run & tours that followed, Winston played an "instrumental" part. For all his contributions, he garners a seven-figure sum in net worth. His wife Dianna Agron, meanwhile, owns $4 million fortune.