By LRU Writer | On: October 12, 2018
ESPN's Jay Williams welcomes his bundle of joy! American former basketball player, Jay Williams, is now blessed with a baby daughter whom he shares with his wife Nikki Bonacorsi. 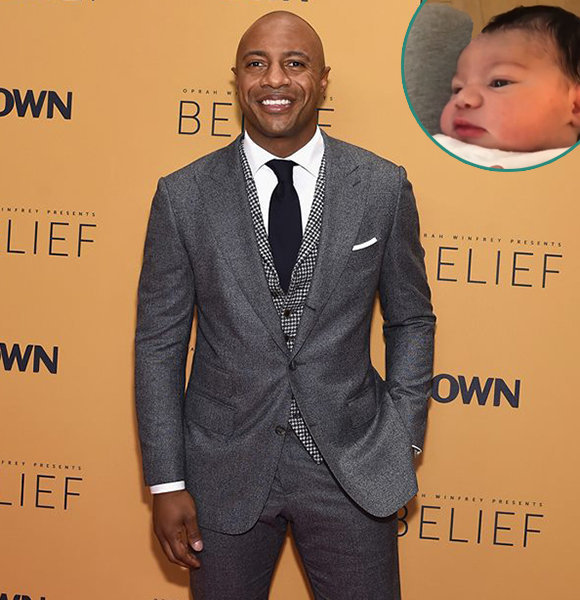 ESPN's Jay Williams has scored his first "basket" with his wife!

American former basketball player, Jay Williams is now blessed with a baby daughter whom he shares with his wife Nikki Bonacorsi. The proud parents welcomed their baby girl on 10th October 2018 and named her Amelia Brooklyn-Rose Williams.

Jay took it to Instagram to reveal the arrival of his first born posting a sweet video in which he is seen rocking the baby on his lap while the baby takes a look around the world with her just opened eyes.

With the arrival of Amelia, the lives of both, the parents have changed which he revealed through the caption of the posted video. In the caption, Jay even passed a salute to his wife Niki for bringing their baby into this world. He wrote,

Adding to it, he even expressed how relishing it has been welcoming the baby into this world. He wrote,

"This experience has blown me away in so many facets."

Moreover, at the last of the caption, Jay divulged that he almost shared the same birth date with his baby girl as she is born on the same day on which he was supposed to. But turns out Jay took birth one month earlier than the given date. The coincidence greatly surprised him while he expressed his excitement writing,

"my birthday is September 10th, 1981... but I was born exactly one month early. For my daughter to be born on the day I was suppose too 37 yrs later is beyond amazing."

On the other hand, Jay posted the same video on Twitter introducing his baby to the world writing,

"Would love to introduce all of you to my life.... please say hello to Amelia Brooklyn-Rose Williams."

Hours before he first held his baby, Jay shared some video footage through the Instagram story of the moments he and his wife shared. There were a series of clips that showed them excited for the new addition into their family.

Adding to it, back in April one of their representatives confirmed that both husband and wife were "thrilled" with the thought of becoming parents. After all, the couple discovered that they were expecting a baby daughter just two days after they tied the wedding knot in May 2018. 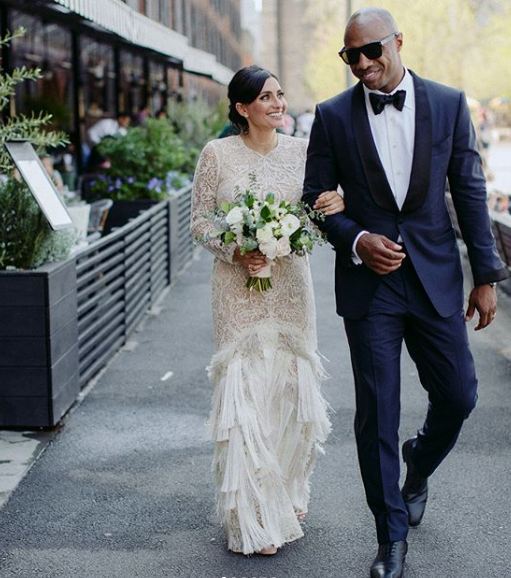 Jay Williams with wife Nikki on their wedding day on 3rd May 2018. (Photo: Nikki Bonacorsi's Instagram)

The addition of their daughter was revealed at a reveal party held at Brooklyn Botanical Gardens. After the revelation, Jay spoke with PEOPLE divulging that he was not surprised that their first baby would be a girl. Turns out he had a dream earlier which hinted his daughter's arrival. He said,

“I had just woken up from a dream that I walked in late at night with my suitcase in hand from some kind of trip. I saw two figures on the couch with their backs to me, watching some kind of movie. One was my wife, for sure, but the other was a lot smaller and had frizzy hair. Before I knew it, I heard a voice that said, ‘Daddy come watch the movie with us.’ I woke up from that moment knowing/feeling that we were having a special girl come into our life,”

Well, seems like it is a dad thing for Jay who exchanged the wedding vows with his girlfriend-turned-fiance on 3 May. Their wedding came after Jay proposed Nikki during the New Year's Eve of the past year.

The proposal was planned at 1 Hotel Brooklyn Bridge where Jay had booked for a private romantic dinner renting a suite there.