By LRU Writer | On: June 11, 2021
Lauren Bushnell has ended things with her boyfriend, and this time it's for good! Reality star, Lauren and her partner Devin Antin have ended their relationship after a swirling romance of more than a year. 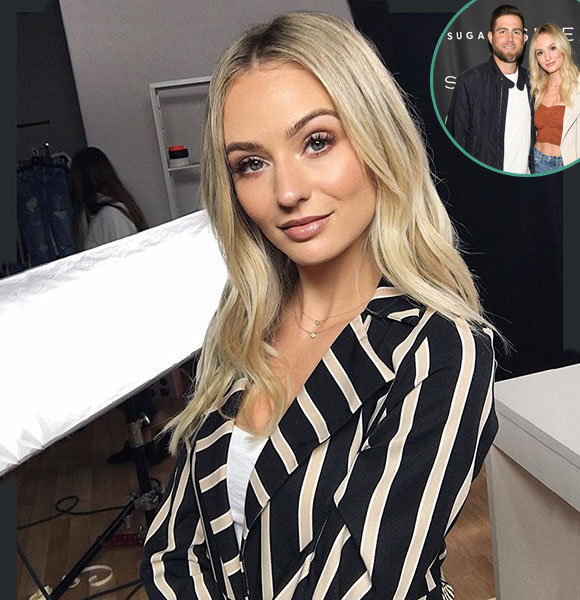 Lauren Bushnell has ended things with her boyfriend, and this time it's for good!

Reality star, Lauren and her partner Devin Antin have ended their relationship after a swirling romance of more than a year.

An insider confirmed the news of the couple's split to E! News. The insider revealed,

"Lauren and Devin broke up for good recently, but they have been on and off for a couple of months. It's hard for Lauren right now because she really loves Devin, but it just was not working and they ultimately decided to split up."

The source refused to comment on the reason for the pair's split but explained that the two were going through some tough times as they were in love and trying to figure out a way to move on with their lives. Lauren, along with former boyfriend, Devin Antin before their breakup (Photo: WetPaint.com)

The first suspicion of the split surfaced after the couple's unfollowed one another on social media.

To back it up, Lauren and Devin were last spotted together back in July 2018 when the duo came forward in Los Angeles to celebrate the partnership between Lauren's wine company, Dear Rose, and Saucey.

The former flight attendant, who ages 28, and her real estate agent boyfriend started dating in July 2017. The pair had first met on Tinder before Lauren had joined The Bachelor and the two soon developed a close friendship.

They started dating after nearly two years of remaining friends and two months post her ending things with the former partner. When asked earlier if she intends on marrying Devin, Lauren had replied that although she saw a future with him; she had not thought about getting married or even engaged at that time.

Before dating Devin, The Bachelor's star was engaged to software salesman Ben Higgins. The pair had gotten engaged in March 2016 at the season finale of the  20th season of the reality show, The Bachelor, where Ben was the ultimate prize and Lauren the winner of the prize. Lauren Bushnell and Ben Higgins get engaged at the finale of the 20th season of The Bachelor (Photo: EonLine.com)

The former fiances later starred in the spin-off show of The Bachelor called "Ben & Lauren: Happily Ever After?" which Lauren mentioned was a tool for Ben to get into politics.

Soon the couple started developing differences in their relationship but tried hard to fix up their fading romance. They moved back to Ben's home in Denver and even tried counseling at the church to clear up their issues in October 2016.

However, as none of the ways redeemed their broken relationship, Lauren and Ben finally announced their break up in May 2017. The couple was supposed to have split up on friendly terms, and Ben even mentioned on one occasion that Lauren would always be his best friend.