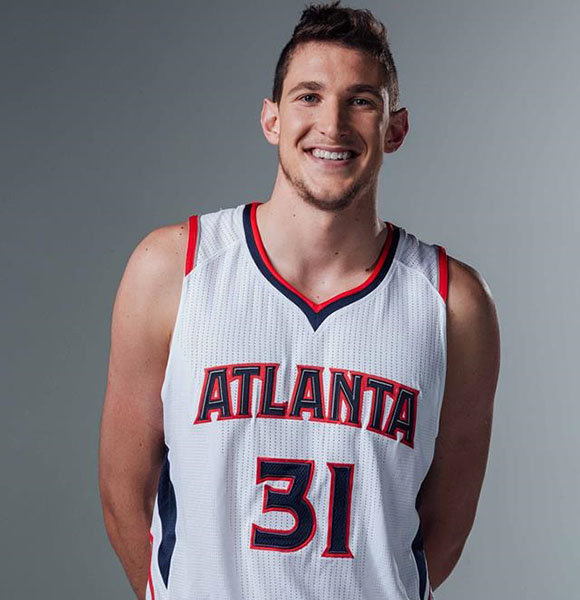 Mike Muscala is an American professional basketball player selected in the Dallas Mavericks' second round of the 2013 NBA Draft. He was traded to the NBA's Atlanta Hawks on the night of the draft.

In his later playing career, the power forward/center played for the Philadelphia 76ers, Los Angeles Lakers, and Los Angeles Clippers.

Following his draft in 2013, Mike signed for Liga ACB side Río Natura Monbús Obradoiro. Returning to NBA in 2014, he penned a lucrative multi-year contract with Atlanta Hawks.

In June 2016, the Hawks exercised a $1.02 million option on his contract. A year later, he penned a 2-year-long deal worth $10 million. Per the agreement, the Hawks had to pay him $5 million annually in salary.

Another NBA Athlete In Our Vault:- Who Is Rodney Hood Girlfriend Turned Wife & What Is Salary? Age To Contract

Ahead of the 2018/19 NBA season, Mike exercised the $5 million option with the Hawks. However, by the end of the campaign, his name got heavily linked with Oklahoma Thunders.

While the news turned heads, details about Mike's alleged contract with the Thunders didn't become public. Neither the salary nor the terms were available.

Mike began the 2018/19 NBA campaign with the Philadelphia 76ers. Atlanta Hawks had traded him to the 76ers after five glorious years spread over two stints.

With the Hawks, Mike's stats weren't always impressive. Playing an average of 45+ games every season, he registered a meager 5 points per game.

And during his single season with the 76ers, the talented power forward scored an average of 7.4 points per game. However, it didn't prove useful enough. So in February 2019, the 76ers traded him to Los Angeles Clippers. Clippers, in turn, shipped him to rivals Los Angeles Lakers.

Less than six months into his tenure at the Lakers, Mike reportedly was again on the move. Per rumors, he and Oklahoma Thunders reached an agreement.

Mike, for the most part, is a class act. As a result, his name is yet to get riled up in controversy. But on the other hand, his father, Bob Muscala, is a different story.

Father Is A Douche:- Lara Trump Husband, Kids, Net Worth

In June 2018, Bob, a registered nurse in Minnesota, sent out a racist tweet aimed at NBA athlete Jimmy Butler. It even prompted an apology from Mike and his team. But, undoubtedly, the whole debacle was a cause of shame for his mother, Mary Madia. Mike was born in 1991 in St Louis Park, Minnesota. From 2009 to 2013, he played college basketball at Bucknell University.

Mike is a remarkably preserved individual. Thus, he enjoys a secretive dating life. Either that or he is yet to cross paths with a woman deserving of the girlfriend title from him. Given his earnings and physique, the former seems to be the more likely probability. Mike possesses109 kgs in weight.

From NBA:- Cameron Payne Reportedly Dating, Rumored Girlfriend Pregnant, Who Is She?

Muscala signed a two-year contract with the Oklahoma City Thunder on July 10, 2019.

Muscala activated his player option and returned to the Thunder for a second season in November 2020.

Stay tuned to get more updates on Mike Muscala.