By LRU Writer | On: February 24, 2019
Back in 2017, Anna Faris and her husband Chris Pratt's split was one of the most talked about topic in Hollywood...The couple, whose marriage looked perfect on the surface, had been crumbling in the core of years before they finally decided to end their married life and part their ways... 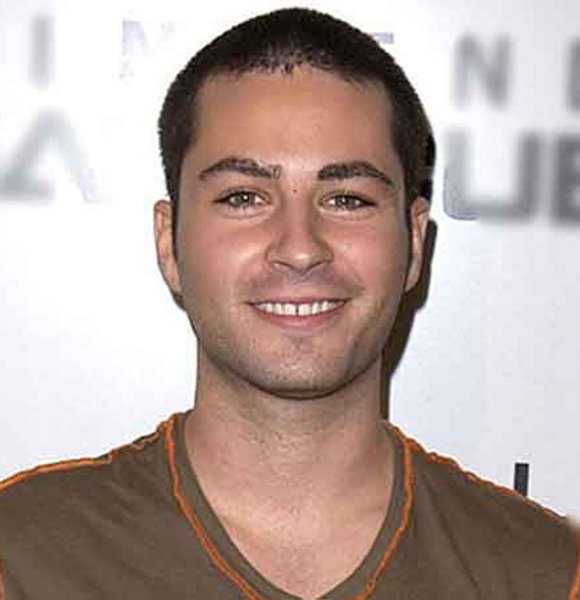 Back in 2017, Anna Faris and her husband Chris Pratt's split was one of the most talked topics in Hollywood. The couple, whose marriage looked perfect on the surface, had been crumbling in the core of years before they finally decided to end their married life.

The divorce that finalized in November 2018 was the first for Chris, but it wasn't the first time for Anna as she had been through a similar circumstance in the past.

Her first husband was also an actor named Ben Indra. He may not be a household name like Chris Pratt, but he was an uprising actor at one time. However, luck does not favor everyone, and Ben had to struggle hard to earn the little recognition which he has today!

Ben Indra was starting his career when he first saw the beautiful Anna Faris. The couple met on the sets of the 1999 movie, Lovers Lane, where they were working as co-actors.

The pair soon hit it off and commenced a romantic relationship, which went on to last less than a decade. However, at the time, both Ben and Anna were optimistic about their future as a couple.

So, while the couple went out for lunch, Ben took Anna to a local antique store and asked her to choose a ring of her choice. However, the proposal went sour when his girlfriend seemed more excited about having a meal than become engaged to Ben.

The second time, Ben proposed her at the Mondrian Hotel in Los Angeles and this time Anna finally accepted his romantic gesture. The pair became engaged and married via in a private ceremony in 2004. Ben Indra and Anna Faris back while they were married in 2004 (Photo: Who Magazine)

With Anna excelling in her career and Ben not getting any acting jobs, the disputes regarding their finances started taking a toll on the couple's happy married life.

In the meanwhile, Anna was having second thoughts about her marriage and developed a liking for actor Chris Pratt, whom she met while working on Take Me Home Tonight.

In March 2007, Anna not wanting to cheat on her husband made a call to Ben stating him that the marriage between them was over. The duo soon filed for divorce and legally separated in February. Ben and Anna made a settlement of $900,000 with Ben getting a substantial part of her net worth.

After that, Anna eventually got engaged to Chris Pratt, and the duo married in 2009. They maintained a loving relationship and even shared a child from their marriage named Jack, born in 2012. However, they separated in 2017 and legally divorced in 2018. Anna Faris and Chris Pratt with son Jack at the Hollywood Walk of Fame in 2017 (Photo: Entertainment Tonight)

As for Ben, he's not known to have dated any girlfriend post his divorce from Anna and is assumed to be single for now.

Ben, age 39, is an American actor known for appearing in movies and TV shows including Lovers Lane, Voodoo Academy, and Raising Dad according to his wiki profile.

Ben, who possesses a Caucasian ethnicity derived from his parents, is a tall man with a height exceeding that of his former wife. Born in Sonoma County, California, he owns an American nationality and the United States' passport.

Ben has not appeared in the big or small screen for a few years now and is supposedly jobless with his net worth estimated to be declining each year.