By LRU Writer | On: June 04, 2019
TV and music executive Benny Medina first earned his industry credentials as Jennifer Lopez's manager... In 2017, the notorious music/TV executive hit the headlines other than a music-related story... For all his wrongdoings, Benny flaunts an immaculate resume... 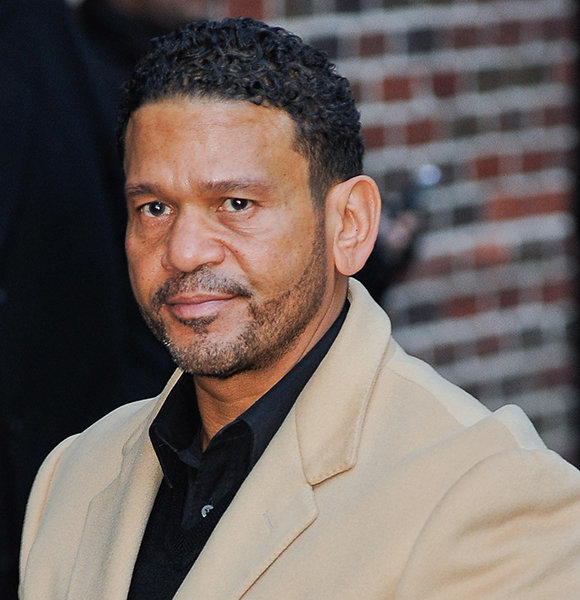 TV and music executive Benny Medina first earned his industry credentials as Jennifer Lopez's manager. In 2003, he and his former client Jennifer had a fallout - and an eventual legal settlement - after the Jenny From The Block songstress accused him of misappropriating more than $100 thousand.

The man whose life inspired the 90s sitcom The Fresh Prince Of Bel Air, Benny has managed several other show-biz heavyweights besides Jennifer including Will Smith and Mariah Carey.

In 2017, the notorious music/TV executive hit the headlines other than a music-related story. It coincided with the advent of the #MeToo Movement.

Encouraged by the outsing of sexual assaults tales by its victims, openly gay actor-cum-musician Jason Dottley came forth alleging Benny of raping him in 2008. The alleged rape happened at the latter's LA home.

Per Jason's interview with Advocate, he met Benny & T. Ashanti Mozelle at a gay bar in LA. Later that day, all three traveled to the music/TV exec's crib.

With the pretense to show off his bedroom, the Sordid Lives: The Series actor alleged that his perpetrator then lured him to a private space and made inexplicable advances.

Attesting to Jason's story, Ashanti added that Benny kicked both of them out when she caught him red-handed. Not surprisingly, the former manager of Jennifer Lopez categorically denied the claims. At the height of the #MeToo Movement in 2017, Benny Medina gets accused of rape by actor Jason Dottley(Right) (Photo:- People.com)

Before the rape allegation, there were no accounts of him having a boyfriend. After it though, he sure wasn't keen on opening about his romantic ties with a male partner.

Back in 2004, Benny got accused of sexually assaulting a man. Whether the stated man was his boyfriend, nobody knows. Due to complications, his victim passed away in 2018. To the public's outcry, Los Angeles D.A. declined to charge the music/TV executive with anything criminal.

For all his wrongdoings, Benny flaunts an immaculate resume. During his heyday & at the height of Jennifer Lopez's popularity, he used to collect $6 million/year from his then-client for his contributions.

With Handprint Entertainment, as its co-founder, he once managed the likes of singer Babyface and Hip-Hop mogul Sean Combs.

Maid in Manhattan, The Boy Next Door, Anything Else, Shades of Blue, The Fosters and The Tyra Banks Show are some of his notable works as an executive producer.

Because Benny's past misdeeds are finally coming to light, it's safe to assume that his $20 million net worth is beginning to take a significant hit.

Notoriety runs deep in the Medina family. His father, Benny Medina Sr. was a famous Jazz musician, who frequented jail on drug charges as a young man. Because of his family's bohemian-style life choices, a teenage Benny lived in foster care and with his aunt in Watts, LA.

An African-American by ethnicity, the controversial TV/music executive probably takes pride in his American nationality. And, at the age of 61, he stands a little over five feet and six inches (1.67 m) in height.