Corey Reynolds's Wife & Son | How Is the Married Life Serving Him? 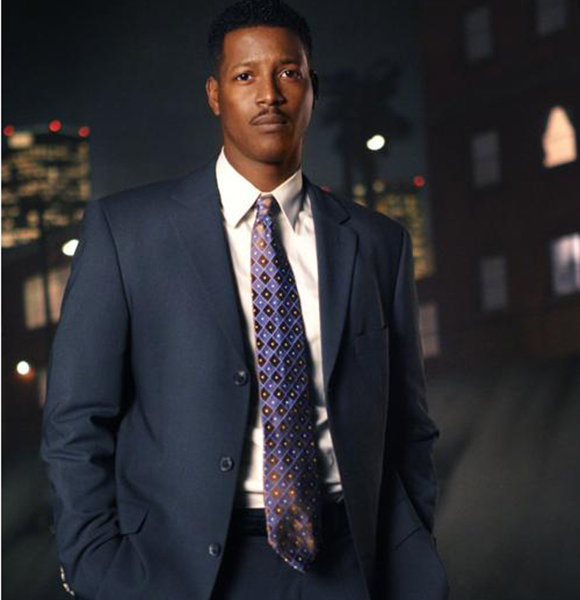 Known for his immense versatility and tremendous stage presence, Corey Reynolds is an actor most famous for his role in musical theatre productions. However, his personal life seems just as fascinating as an accomplished professional life full of interesting roles.

Reynolds has been happily married to his wife for more than a decade. Let's find out more about his personal life.

Alongside his professional success, Corey has landed gold in his personal life. Preferring to keep his personal details low-key, not much has been revealed about Corey's relationship with his wife.

However, it has been revealed that The Closer actor has been married to the love of his life, Tara Renee Schemansky, since July 2008.

You May Also Like:  Sosie Bacon In Longterm Dating Affair With Boyfriend, Soon-To-Be Family?

Tara is a lawyer by profession. Yet, despite the differences in culture and professional background, the duo seems to have found a formula to make their marriage successful. Their family is complete with the arrival of their baby boy, Revin Blue, in 2013.

The Hairspray actor, who grew up without a father, seems to be extremely fond of his baby boy. Celebrating his first father's day post the birth of his son, Reynold could stop himself from expressing his delight on his Twitter account on 16 June 2013.

This isn't the only time the Broadway star has shared his affection towards his boy. In an interview with Richmond in 2016, Corey clarified just how much his kid meant to him in his life.

“He is the best thing that has ever happened to me. When you grow up without a father as I did, it creates a void. Having a child has given me another at-bat in a different way. I’m filling a void with love for my son. Having a kid changed everything.”

However, the actor's difficult upbringing appears balanced by his steady adult life with a wife and son by his side. Nevertheless, Corey has seen some dark days in his youth, growing up without a father.

But, as of now, the actor seems to be making up for his poverty-filled childhood with massive earnings building his fame and fortune.

Growing up without a father, he never got his parent's love, especially after being emancipated at 14, fed up with his mother's drug abuse problems.

With an attractive height and charming personality, Corey has never looked back since then and has gone on to portray several memorable characters, including the role of Seaweed in the Broadway adaptation of Hairspray and David Gabriel in The Closer.

Don't Miss: Ernie Hudson And His Fear Of Having An Interracial Wife; Shares Four Kids But With Whom?

His outstanding career success has thus led him to accumulate massive net worth. According to Celebrity Net Worth, Corey has accumulated a net worth of $3 million and earns much more than the average salary of $55k per annum for a performer, portraying his roles in television and movies.

With his son now nine years old, and his marriage recently marking off the fourteen-year mark, Corey looks all set for happily ever after alongside his wife and son.

Stay tuned to get more updates on Corey Reynolds.