By LRU Writer | On: January 15, 2020
Dylan Sprouse is a former Disney star known for the TV show, The Suite Life of Zack & Cody...is dating...Dylan was in a relationship with his model girlfriend...Dylan boasts a net worth of...at the height of 5 feet 11 inches (1.8 meters)...Dylan’s first work in showbiz was in a diaper commercial...at the age of...when his parents...dyed his hair blue... 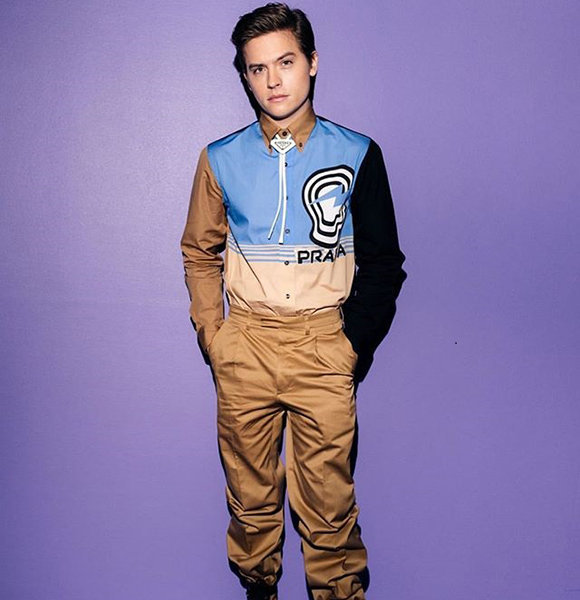 Dylan Sprouse is a former Disney star known for the TV show, The Suite Life of Zack & Cody (2008-2011). He portrayed the role of Zyan Martin alongside his younger twin brother, Cole Sprouse, who played the part of Cody Martin.

In recent times, he appeared in the movie, Banana Split (2018) and music video of Kygo Feat. Valerie Broussard: Think About You (2019). Dylan’s movies, Tyger Tyger, Turandot, and After We Collided, are in post-production as of January 2020.

Dylan has been dating Barbara Palvin since the summer of 2018. The couple has been reportedly living together since January 2019. The duo initially met at a party. Things turned romantic after Dylan sent Barbara a DM on Instagram.

Who Is Barbara Palvin?

Barbara is a model who has worked for high-end brands like Vogue and Victoria's Secret.

In 2019, Barbara became the first-ever Hungarian Victoria's Secret angel. She was also named Sports Illustrated Swimsuit Issue's Rookie of the Year in 2016.

Dylan was in a relationship with model Dayna Frazer from February 2014 to August 2017. The relationship didn’t end amicably. In August 2017, Dayna hinted on Instagram that Dylan had cheated on her. The Disney alum took to Twitter to defend himself. He wrote,

I will say this and only this: by adhering to an assumption based on limited information, you neglect the complicated nature of this issue. The truth always has two sides, and those sides have motivations, and those motivations, despite how cloudy they currently seem, are private. This is complicated and it will remain complicated, but those who know me and who have known me, know well enough what kind of person I am. And that is all."

Dylan was born to Matthew Sprouse and Melanie Wright, in Arezzo, Italy. His American parents were employed as English teachers in Italy at the time. After Dylan and his twin were born, the family moved back to the U.S.

Dylan boasts a net worth of $8 million, according to celebritynetworth.com.

Dylan’s first work in showbiz was in a diaper commercial as an eight months old baby. In 1993, the actor made his acting debut in the TV show, Grace Under Fire. Dylan portrayed the role of Patrick Kelly on the show until 1998.

The former child actor’s big break came in Adam Sandler's movie, Big Daddy, in 1999. Dylan and his brother both played the part of Julian 'Frankenstien' McGrath. The role earned Dylan and his brother a YoungStar Awards nomination for Best Performance by a Young Actor in a Comedy Film category.