Kristen Stewart Gay, Lesbian, Dating- Everything You Need to Know

By LRU Writer | On: November 06, 2019
Kristen Stewart has once again stirred the internet with her charming ways...In an exclusive interview reveal, she stated she would have married...The news about their romance first brewed in...caught in a brief...However, the actress chose not to be quiet about her love life and was seen romantically with...have a charming boyfriend before. For the most part, it was her relationship with... 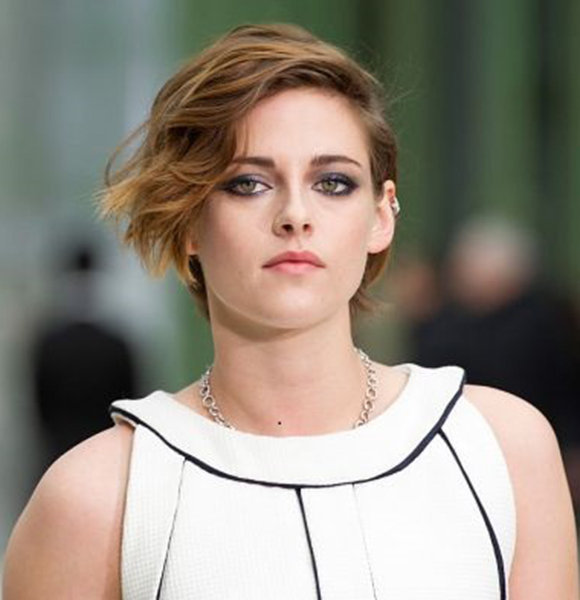 Kristen Stewart has once again stirred the internet with her charming ways in 2019.

In an exclusive interview reveal, the actress stated she would have married Twilight co-star Robert Pattinson, which was sure a surprise, but that's not all. It was not those words that took the media by surprise. Following her statement, Kristen revealed how impatient she is about proposing to her new girlfriend, Dylan Meyer.

The news about their romance first brewed in August 2019 after they were caught during a brief makeout session in New York City. The two had met six years prior but only started dating later. With screenwriter Dylan, Kristen shared that she would want to make movies and kids with her; adding on that, she drew her in a dream.

Opening Up To The World

Many people only know about the day when Kristen came out as an openly gay lady, but only a few know the details about her sexuality.

Initially advised not to hold her girlfriend's hand in public, Kristen claimed that she was asked not to be open about her lesbian romance to bag mainstream movies.

However, the actress chose not to be quiet about her love life and was seen romantically with visual effects producer Alicia Cargile in 2014. While her sexuality was considered to be bisexual at the time, a reveal in July 2017 SNL platform changed things.

Upon realization of how impactful her relationship with women has been, she openly claimed to be gay. It was not new news, but it was a strong choice made by her.

Just because she is openly and proudly gay now, doesn't mean she didn't have a charming boyfriend before. For the most part, it was her relationship with Robert Pattinson that caught everyone's attention. Dating from September 2012 to May 2013, the two sadly broke up under harder circumstances. Before dating her co-star, she was in a relationship with director Rupert Sanders.

As a proud lesbian, Kristen has had more than a few flings with the same gender.

Initially hooking up with Alicia Cargile, their relationship around a year. Starting from 2014, the pair remained tight-lipped about their relationship. It was Kristen's mother who revealed that they were dating. Sadly, the pair's courtship ended in October 2015.

By March 2016, Kristen was seen with French singer-songwriter Soko. The pair couldn't keep their hands off each other, but the love and romance between them ended by May 2016.

In a shocking turn of events, Kristen was seen back with on-off girlfriend Alicia Cargile in May; however, it was only a short period as the pair called it quits within a few months in August.

During the fall of October 2016, the actress made headlines when she was caught with singer St. Vincent (real name Annie Clark). They made quite the debut during the CFDA/Vogue Fashion Fund Show at the Chateau Marmont in Los Angeles, but nothing ever happened after that.

Perhaps the longest lesbian relationship of the actress to date, Kristen was paired with model Stella Maxwell from December 2016 to October 2018. After first seen leaving the 2016 Met Gala together, the two made plenty of appearances together. But, sadly, a trip to Amsterdam was the last of them anyone saw as a couple.

After that, it was after a few brief flings with Sara Dinkin, she again reunited with Stella only to no avail. As of 2019, at the age of 29, she is enjoying her time with Dylan Meyer, and she is definitely in love.