By LRU Writer | On: September 18, 2019
Lonzo Ball is a prominent face in the basketball world. Along with being a member... He found love early in his life in his girlfriend, Denise...Fast forward to 2016, Lonzo also completed high school and started attending UCLA. As his basketball career took off,... 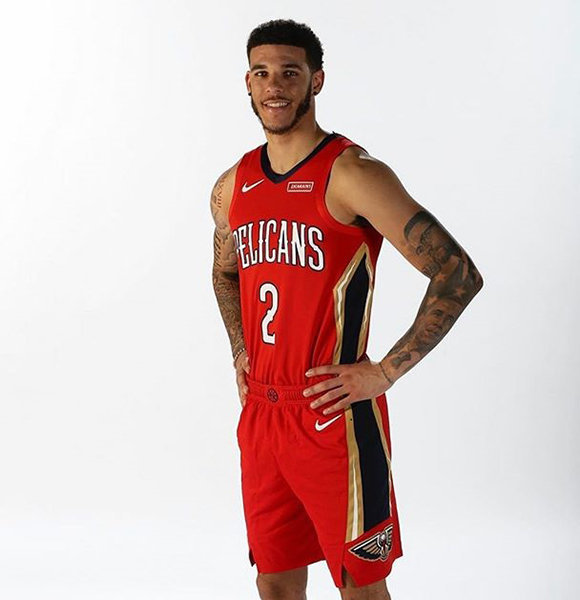 Lonzo Ball is a prominent face in the basketball world. Along with his membership in the significant NBA team - Los Angeles Lakers - his family name also brings the athlete recognition.

Excitingly, Lonzo and his family are termed "Kardashians of Basketball" as their life unfolds in the reality show, Ball in the Family.

Lonzo’s dating life began as an innocent and cute teen romance. He found love early in his life in Denise Garcia. The pair met as high schoolers at Chino Hills High School.

Despite being from different levels- Denise, two years older in age- the couple managed to form a romantic bond. Further, they continued their relationship as Lonzo’s girlfriend graduated from highschool in 2014 and started pursuing her education at the University of California.

Fast forward to 2016, Lonzo also completed high school and started attending UCLA. As his basketball career took off, Denise was by his side. She was one of the biggest cheerleaders of the athlete when he got picked as the 2017 NBA draft’s second overall pick by Lakers.

Along with a blooming professional life, Lonzo’s personal life hit another milestone when his wife hopeful became pregnant with the couple’s first baby.

On 22 July 2018, the NBA star and his girlfriend welcomed a baby girl and named her Zoey Christina Ball.

However, the pair’s relationship got rocky later in 2018. In November, words got out the couple had split and were co-parenting their daughter together.

But, there were speculations in January 2019 that the couple was back together. Sadly, things didn’t work out as Lonzo got linked to two women, namely Courtney Morgan and Ally Rossell as 2019 progressed.

It is unclear if Lonzo is dating anyone as of September 2019.

The NBA star is the eldest son of LaVar Ball and Tina Ball. The whole Ball family is associated with basketball in one way or another. His father was a former college basketball and football player. On the other hand, his mom was part of Cal State Los Angeles Golden Eagles Women's basketball team.

The Ball boys’ dad owns a sports apparel band called Big Baller Brand. In promoting his business via Lonzo, he got in hot water with NCAA. It so happened that the athlete wore his father’s brand while playing for UCLA, which violated NCCA’s rules.

Despite the controversy, Lonzo’s father kept promoting his brand and even allegedly trash-talked the world’s biggest apparel brands; Adidas and Nike.

Further, LaVar has also been accused of engaging in racism and sexism. Despite the controversies and ups & downs, the family has been together as a unit.

Lonzo’s whole family is very proud of the 21-year-old’s success.