Did Matthias Schoenaerts Marry His Girlfriend? 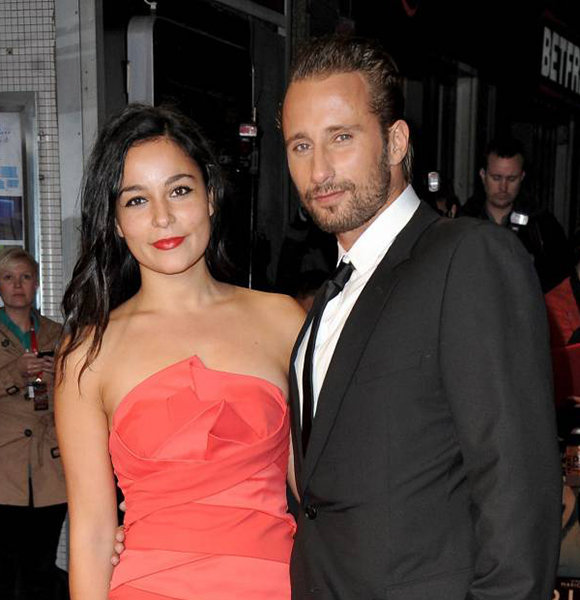 Actor Matthias Schoenaerts, who got kicked out of film school for being lazy at the young age of 19, has already made the crowd mad with his astonishing performance and his looks.

Even though he has always been in the limelight, he has kept his personal life private. Although he was frequently observed with his girlfriend, nowadays he is spotted alone in the media.

So, is he already married or still in a relationship?

Matthias Schoenaerts Got Married To Girlfriend?

The Belgium-born actor got his breakthrough with the movie 'Bullhead' (2011) and has proved his acting skills with award-winning performances in films like 'Rust and Bone' and 'The Danish Girl.' But will you believe us if we tell you that the handsome hunk Matthias is single?

Know More: How Did Chase Looney Lose His Left Eye?

Yes, Matthias is currently single and doesn't have a wife. But how can that be possible, right? Well, he used to be in a long-term committed relationship with his lover.

After getting stardom in the Belgium film industry, the actor crossed the boundary to become an international star. However, even after getting many offers from Hollywood, he has not prolonged to leave Antwerp for one reason.

Explaining it to Evening Standard in November 2012, he said,

"I’ve been sent several fantastic scripts, both American and European. When I get back to Antwerp I’ll clear my mind and read them again. But God knows how I’ll choose between them."

"I’m in a wonderful relationship with someone back home in Antwerp and I’m extremely happy."

Well, the actor was talking about his wonderful relationship with his lawyer girlfriend, Alexandra Schouteden, whom he began dating in 2012. Matthias met Alexandra first time in 2010. After hanging out for some time, they started dating, and sooner, they got very serious about their relationship.

Although they were together for a long time, they did not exchange the vows but lived together and seemed to be content in their relationship. The actor was happily settled with his girlfriend, Alexandra, in Antwerp with their two kittens. It appears that he was secure and was not just ready to leave his partner back.

At the screening of the movie "Rust And Bone," the actor was accompanied by his girlfriend, Alexandra, an Actor in New York City, back in November 2012. Likewise, Alexandra seems supportive of the actor's career. She even replied to the tweet of Cobra and wished her boyfriend for the Film Festival in Toronto. Matthias was active in flaunting his relationship with his lover and also shared pictures with her on social networking sites, fending off the gay rumors. Everyone thought Alexandra was going to be his wife.

But after some time, the actor got quiet from the limelight with his girlfriend. Neither of them shared any pictures together on their social media or were captured together in any events.

Find: Hannah Simone Thanks Her Father for Her Flourishing Career

Everyone started to their own speculations. Some said they needed privacy, and some spoke about them breaking up. However, they really broke up in 2015. Unfortunately, neither of them shared the reason for their getting separated.

After Matthias’s breakup, he was not seen with anyone and kept his life private. However, in 2019, he encountered Pia Miller. Pia was rumored to be Matthias’s girlfriend when they both started to leave flirty comments on each other’s Instagram posts. The public made speculation about their dating, but neither of them confirmed their relationship, and the rumor ended.

Likewise, Pia was later spotted with her Hollywood agent boyfriend Patrick Whitesell spending their holiday on a yacht in Italy. This news ended whole rumors of Pia and Matthias dating.

There has been no news of him having a partner yet, but we hope he will find his other half soon.

We will surely update you guys about Matthias Schoenaerts. Till then, stay tuned.