By LRU Writer | On: September 14, 2018
Today, she’s a homestay mom who makes occasional...As for now, she will be featured on the...Nancy and her husband, Marc Andrus married in...A year after their marriage, the pair welcomed the first of their two children...The Westbury native has been accused of being a closeted gay...As a kid, she would follow brother... 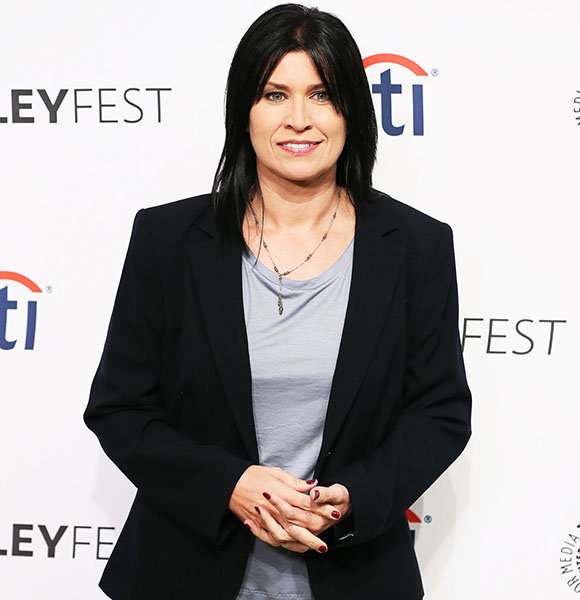 Actress Nancy McKeon is best known for the portrayal of Jo Polniaczek in the 1980’s sitcom Facts of Life. Her other memorable feature includes performances on Lifetime drama The Division and the Disney show Sonny With Chance.

Today, she’s a stay at home mom who makes occasional on-screen appearances. With the advancement of her age, she is 52 now-- seems content looking after her teenage children and spending quality family time with her husband.

As for now, she will be featured on the 2018 edition of reality dancing show, Dancing With The Stars.

The Sonny With Chance actress’ success - both professional and private - can be largely credited to greeting card manufacturing company, Hallmark.

Read Also:- Who is Aaron Phypers? Bio of Denise Richards' Husband and Their Wedding Details

Not only did Nancy won her role on Facts of Life because of her features on Hallmark commercials, the Westbury native met her now-husband, Marc Andrus on the set of the 1995 Hallmark movie, A Mother’s Gift.

After eight years of courtship, Nancy and her husband, Marc Andrus married in 2003. Marcus, by profession, is a set technician who has worked on movies such as Friday Night Lights and A Mother’s Gift.

Nancy and her husband, Andrus attending an event (Photo:- Pinterest)

A year after their marriage, the pair welcomed the first of their two children, Aurora. Their youngest son, Harlow was born in 2007. She can be heard speaking very highly of her children in interviews.

Speaking to Good Morning America in September 2018, the Facts of Life actress remarked:

“They are so supportive and they are so inspiring and they send me texts every day.”

Later in the interview, Nancy revealed that her children had inspired her daughters to participate in Dancing With The Stars. She elaborated:

“They teach me every day. They are two of the bravest little young women I would say that I know, and so I'm trying to show them that mom can be brave, too.”

Nancy can always count on family members to inspire her. As a kid, she would her follow brother, Philip McKeon to casting calls. Her brother, Philip has acting credits on movies including The Jacket, Alice, and Murder in the First.

To a casual fan, Nancy’s private life can mirror a fairy tale. However, those who have followed her personal affair will tell you that nothing could be further from the truth.

You May Also Like:- 'Kin' Star Myles Truitt Age 16 With Supportive Parents | Net Worth & Facts

The Westbury native has been accused of being a closeted gay all her life. According to the online forum Datalounge, she was once romantically linked in a lesbian romantic affair with daytime talk show host, Ellen Degeneres.

For now, her marriage to Marc seems to have doused the baseless rumors surrounding her sexuality. Clearly, she’s neither a lesbian nor a gay, and if she is one, she seems to have mastered the art of hiding.

What Is Nancy McKeon Doing Now?

The 52-year-old actress was announced as the first celebrity for season 27 of the hit reality series, Dancing With The Stars. Nancy and her Dancing With The Stars partner, Valentin pose for pictures (Photo:- newsday.com)

Competing against her in Dancing With The Stars are fellow Hollywood stars Bobby Bones, Danelle Umstead, Joe Amabile, John Schneider, Evanna Lynch, Demarcus Ware, Nikki Glaser, and Tinashe among others.

She will partner with Valentin Chmerkovskiy in the famed dancing competition, which is scheduled to premiere on 24th of September, this year.