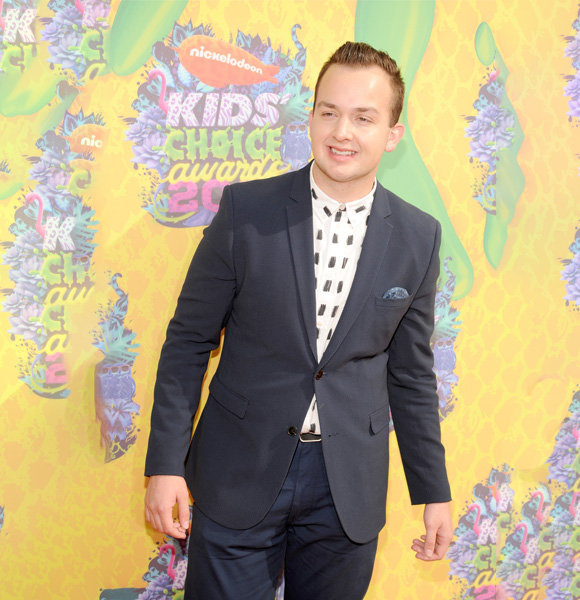 Noah Munck, 25, is an American actor best known for his role as Gibby on Nickelodeon's iCarly and Sam & Cat.

Is Noah really gay? Let's take a closer look at it.

Nowadays, celebrity wants to keep their personal lives off of social media. Noah, without a doubt, wants to keep his private life away from the spotlight. He prefers the audience to pay attention to his professional life rather than his personal life.

Noah has been single for a long time, speculating that he is gay. However, the rumors of him being gay started when he had a kissing scene with a guy on the Nickelodeon TV movie Nicky Deuce, a teen comedy released in 2013. In 2013, having a kissing scene with the same sex was a huge deal, but at that time, he was rumored to have a girlfriend, and this incident stayed aside. But, after knowing Noah had been single, many theories came up claiming that he was gay. However, Noah didn't speak anything about the rumors that had people wondering if he was gay or not.

However, he was in a relationship with a girl, which definitely makes him attracted to girls and straight.

Noah Munck is a private guy who keeps his personal life hidden from the public view. So there are not many details about Noah's girlfriend and love life. However, Noah was rumored to be dating Chloe Crampton. After Noah uploaded images of them together, fans assumed they were dating. But their relationship faded away when no confirmation was given. As of now, we can be sure that they are not together because Chole has been married to a man named Cole Labriolas. But, Noah's dating history varies from one website to the next. As a result, there is no reliable information to ensure Noah's love life.

For You:- Kristin Cavallari Kids, Husband, Family, Net Worth

The absence of a girlfriend from his life has made no difference in his career. However, his parents and siblings have always been there for him.

Noah was born as the firstborn of Greg Munck and Kymbry Munck. His mother and father expanded their family by having four more children in the world.

Noah's siblings include three brothers; Ethan, Elijah, and Micah, and a sister named Taylor. His siblings followed in his footsteps as they all appeared alongside Noah in the movie The Rainbow Tribe. Noah Munck poses with his family on the occasion of his brother Micah(center) 's graduation on 26th May 2018 (Photo: Kymbry Munck's Instagram)

Although Noah's siblings were part of the project, Ethan decided to follow in his elder brother's footsteps and pursue a career as an actor.

Interestingly, Noah produced dubstep under the name NoxiK before stepping into acting, demonstrating that talent runs in the Munck family. Similarly, his sister Taylor is also a singer.

Taylor had a huge role in Noah's acting career. She used to go to improve classes and have a great time with her brother. Also, she was the one who convinced Noah to take up the role, after which Noah started the lesson and found his calling. He started in the competitive profession by landing an advertisement VW commercial at the age of ten.

Know More: All on Samaire Armstrong's Dating History- Has She Been Married?

Noah's acting career took off once he landed the part of Gibby in iCarly. Noah is currently working full-time as a YouTuber. In addition, he started Sadworld, a YouTube channel dedicated to "weird, absurd" and experimental comedy sketches.

Noah Munck is only 25, so it's reasonable that he hasn't found a wife yet. We'll keep you updated on his love life as soon as we have more information, so stay tuned.