By LRU Writer | On: March 01, 2020
Savannah LaBrant is a YouTuber best known for running the family YouTube channel The LaBrant Fam...She married her husband Cole LaBrant on...Her husband is also a YouTuber and Vine star...Savannah and her husband are blessed with a daughter named...They are expecting a baby...The YouTuber also has a daughter from her previous relationship with... 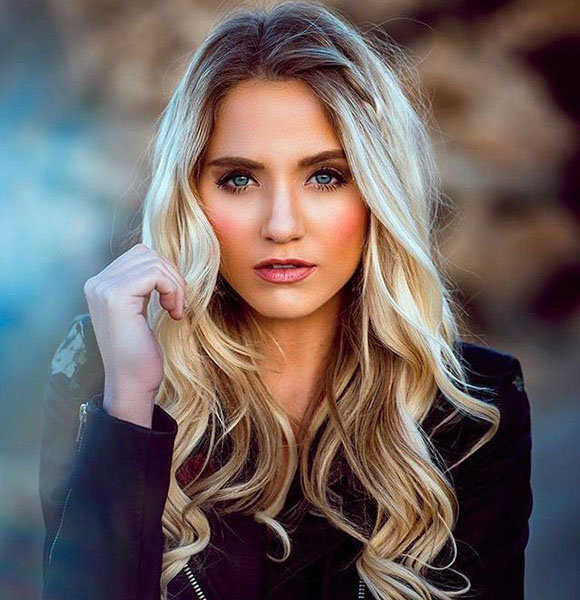 Social media phenomenon Savannah LaBrant is a fashion blogger and YouTuber who is best known for running the family YouTube channel The LaBrant Fam.

She is also known for being named the number one Muser, after topping the Musical.ly (now known as TikTok) app, with 7 million followers beating popular Musers like Jacob Sartorius and Baby Ariel.

On top of being a YouTuber, Savannah is a photographer too. And, her love for photography has made her famous on Instagram with more than 1.6 million followers.

The popular YouTube star has been married to Cole LaBrant since 2017. The couple started to date in July 2016. And they got engaged on 20th January 2017. Further, they tied the knot on the 10th of July of the same year in Temecula, California.

On 28th November 2018, Savannah took to Instagram to announce her pregnancy. She gave birth to her first daughter, Posie Rayne LaBrant, with Cole on 28 December 2018. Further, on 8 December 2019, the YouTuber revealed that she is expecting her third baby: a baby boy.

Who Is Cole LaBrant?

Savannah's husband, Cole, is an actor and celebrated Vine star; he first gained recognition as a member of the Vine collaboration channel, Dem White Boyz, alongside his friends, Baylor Barnes and John Stephen Grice.

He was born on 21st August 1996 in Troy, Alabama. His family members include her parents, Sheri and Ken, and her siblings, a sister named Lily and brothers named Luke, Jack, Clay, and Tate.

Get To Know More About Cole LaBrant:- Vine Star Cole LaBrant, Young Age Snapchat Crazy, With Fashion Blogger Girlfriend. Who is She?

Cole is also extremely popular on TikTok, with over 10 million fans on his thesupercole account. According to Savannah, her relationship with Tom was very painful and did not end on a good note.