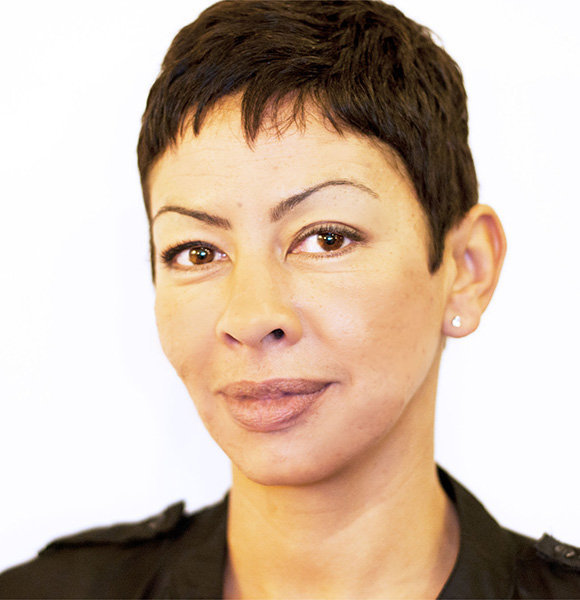 Wanda Hutchins's name reaches far beyond just the ‘ex-wife’ of a football player Michael Strahan. She is an interior designer, a businesswoman, a CEO, and a wonderful mother of three children.

But did the couple actually break up? What was the reason? Let's get into it.

Hutchins and Michael Strahan’s relationship was always a thing of interest for the media, and it led them to follow the couple for four full years covering every littlest detail of their life.

An old school romance led to marriage when she was just 22 years old. The two moved to the US and started living their life. However, after having two beautiful children, the two came to the conclusion that their marriage couldn't go any further. Thus, resulting in divorce after four years of inseparableness.

You May Also Like:- MSNBC Ari Melber Dating Status After Split With Wife, Who Is New Girlfriend? While the media might have loved the dramas, that the divorce would have followed. The two parents handled the whole matter very maturely.  Later in the years after the release of  Michael Strahan’s autobiography, the world got to see how amazing these two handled their separation.

In his autobiography, he wrote,

“ Wanda and I decided that while we would no longer be married we would always be family.”

TWanda Hutchins and Michael Strahan are the perfect example of not every divorce being ugly, and kudos to both of them for dealing with it the way they did.

Hutchins has been living her life away from all the limelight in Germany. She has decided to invest her time in her kids and is seen to be hanging out and having fun with them. The mother of three has another son from her boyfriend.

However, the identity of her third child's father has not been revealed yet. Wanda with Her Children (right to the left) Michael Jr., Tanita, and Dorian (source: Instagram)

The 51-year-old has invested her time and energy into raising her kids, and with the achievements her kids are making, she sure did a fantastic job. We give this amazing mother all the credit she deserves.

Hutchins also has her other little furry children. Most of her posts are filled with her little pets, and we cannot get enough of them, Ever.

Don't Miss:- Find Out Why Corey Bohan & Audrina Of The Hills Finalized Their Divorced

Going by her Instagram posts, we clearly know how the mother of ‘more than three’ keeps herself busy.

More Than An “Ex Wife”

With most media outlets giving this wonderful mother the tag of “Ex-Wife.” Hutchins might have taken time off to raise her children, but she has never stopped working in her professional life.

Hutchins currently runs a company named “Wandaful Home Designs,” specializing in creating furniture and home decor products using woods or repurposing existing items. Hutchins is the brand's CEO and works on the projects herself as an Interior Designer.

She has previously also worked as a vice president for a nonprofit organization that caters to providing home appliances, furnishings, etc.

With all these talents up her sleeve, we wish her the best in her personal and professional journey and send her all the love.

The 51-year-old currently has been living her life away from the paparazzi, glitz and glamour of Hollywood in Germany with her talented kids.