By LRU Writer | On: September 27, 2018
New man alert in Kendra Wilkinson's life after splitting from husband this year! The former Playboy star is dating a young businessman named Frankie Conti. 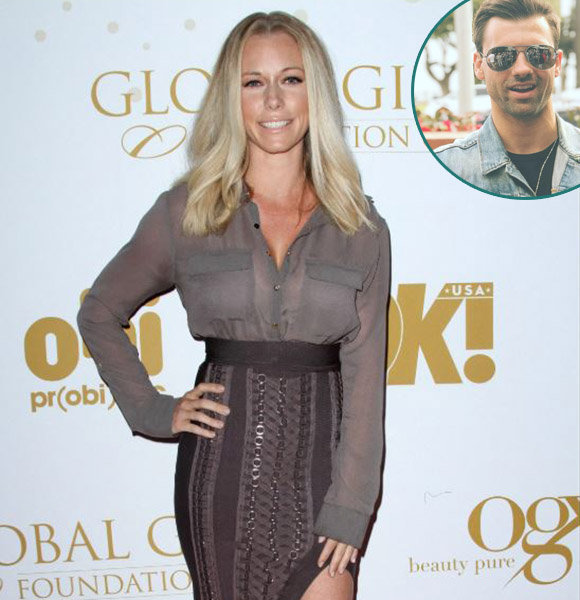 New man alert in Kendra Wilkinson's life after splitting from husband this year!

The former Playboy star is dating a young businessman named Frankie Conti. Kendra first met the young marketing manager at The Glenlivet's golf charity tournament, The Golf Classic Celebrity Golf Outing in July 2018 and since then they have been spotted few times strolling together.

On one of their dates, the pair were having fun at D’Amores Pizza in L.A. during at the National Pepperoni Pizza Day. As reported by the source the newly lovebird is not serious in their dating life but rather they are new and casually meeting each other.

“They have been hanging out and spending time with each other. Kendra likes Frank because he is attentive and listens to her. It’s been refreshing to have someone light and fun in her life.”

An insider close to Kendra claimed in July 2018 that she was not yet ready to march into any relationship after splitting from her husband, Hank Baskett of nearly nine years in April 2018. "Kendra and Hank's divorce is not final yet. It has been a back-and-forth process and they have been sorting out the custody limitations and agreements, which is prolonging the situation."

The reality star was documenting her emotional journey on social media claiming herself as the imperfect person in August stating, she is not getting over her separation.

She was going through the emotional turmoil for over last few months, but as of now, she seems to have regained the happiness after meeting Frankie in July. She claimed on social media that she finally "smiled" and it was a good day.

Sharing the smiling picture on Instagram on 22 September 2018, she captioned:

"Today was a good day. Truly smiled. Hope you all had a good day too. Love you."

Well, the model seems to be no rush into getting into the deep and serious relationship, but at the moment, she is enjoying the company of Frankie.