By LRU Writer | On: June 28, 2019
Viewers of the popular Fox News show speculate, that the 32-year-old Pennsylvania native might be pregnant, after...Soon after, Abby and her husband, Jeff were showered with congratulatory wishes from... Is there any better way to mark the 7-year-anniversary of married life than...The View co-host has three sisters in total excluding.. 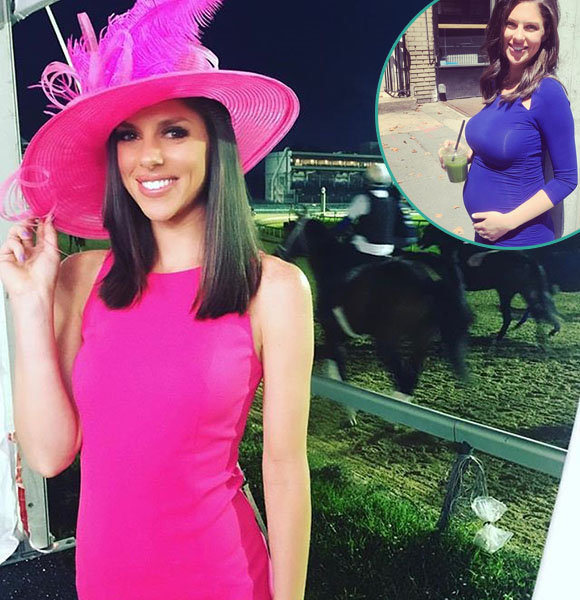 After being announced as the replacement of - the out-going panelist of the day-time talk show The View - Sara Hines in early September, political commentator Abby Huntsman's profile as one of the most sought-after conservative critics grew by leap and bound.

Given her lineage, the Fox & Friends host had no difficulty coping with the expectation that comes with being a public figure. If all else failed, the former Fox & Friends co-host could ask her family for advice. Her father, to be more specific.

That said, her husband was the first person she would want to talk. After all, the pair had enjoyed eight glorious years by each other's side and know each other the best!

Being Pregnant: Announces The News On Air

If a woman is a media personality, hiding the fact that she is pregnant from the viewers is not an easy task; ask Abby.

Discover:- Jane Bunn Age 39 Had Secret Wedding! Who Is Her Husband?

In the spring of 2017, then Fox & Friends co-host Abby and her husband, Jeff Livingston stood before TV sets of Fox & Friends' audience to announce the news of Abby's pregnancy. Abby and her husband, break the news of her pregnancy on Fox & Friends (Photo:- Foxnews.com)

The week preceding their announcement saw viewers of the favorite Fox News show speculate, that the 33-year-old Pennsylvania native might be pregnant, after noticing a bump underneath her dress.

Unbeknownst to many viewers, Abby was already four months pregnant by the time she and her husband made the announcement.

And on 29th of November 2017, the college sweethearts welcomed their first child, a baby daughter (Isabella). The View co-host took to Instagram to share the joyous occassion with her fans as she wrote:-

"Our little angel has arrived! Never knew our hearts could be this full. We love you so much, Isabel Grace”

Soon after, Abby and her husband Jeff got showered with congratulatory wishes from fans and colleagues alike.

Fox News' very own Trish Regan, Meghan McCain, and Pete Hegseth were the first ones to congratulate the couple. However, Abby's then co-worker and friend, Janice Dean, did one better. She tweeted a video of baby Isabel congratulating the new parents. At the time of her birth, Isabel weighed a healthy 5 pounds and 11 ounces. Was there any better way to mark the 7-year-anniversary of married life than with the birth of a first child?

In August of 2018, Abby and Jeff celebrated eight years of being together as a married couple. They had first met when they were both undergraduates at the University of Pennsylvania and would eventually get married in August of 2018.

Today, Jeff is a Principal, Private Equity officer at the investment firm KKK, having worked for McKinsey & Company as a Business Analyst for three long years previously. A Pennsylvania native, he comes from a household full of boys.

And with the birth of their daughter, Isabel, he's going to have his work cut out to adapt to the new surroundings - a house outnumbered by girls. His wife, on the other hand, had no difficulties accustoming herself to their daughter being around since Abby grew up in a reasonably female-dominated household.

Abby's post-pregnancy bliss, however, would last only for a year.

On 13 January 2019 months, after welcoming daughter Isabel with husband, the esteemed political commentator announced that she was pregnant with twins - a boy and a girl.

A frightened Abby visited a doctor after suffering bouts of fever, only to learn about being pregnant with twins. She recounted the story during a panel discussion on the show The View earlier that month. Also in the attendance was Sara Haines. After the celebration, both Abby and Sara spoke on the postpartum depression they faced. Recounting the darker days following the birth of Grace, the former revealed:-

"I remember sitting in the kitchen crying to my husband, I'm not me right now, I don't feel like me, and maybe I need help... "

Besides postpartum depression, Abby also dealt with severe fat-shaming abuse from trolls online. Opening about her experience on The View in Jan 2019, the expecting mother asserted that babies' health should always come first. According to the mom of three, her newborns exhibited contrasting behavior. While Ruby was calm and sweet, William arrived a wide-eyed baby.

For the special "delivery," Abby's dad John Huntsman - US Ambassador to Russia - and mom Mary Kaye flew in from Moscow.

Although excited about having three children, the prospect of welcoming twins didn't sit with the political commentator's husband at first. Admittedly, Jeff fainted when the doctors delivered the news. Conceiving the twins was a total shock to both.

Mary Anne, Abby's younger sister, is a concert pianist whereas the youngest of the three, Liddy, is "a self-proclaimed comedian," and a food blogger. The Huntsman sisters became a subject of GQ, New Yorker, and Buzzfeed articles when their father's unsuccessful 2012 Presidental Election Campaign. Abby Huntsman and her biological sisters pout for the camera circa 2018 (Photo:- Abby Huntsman's Instagram)

Abby's father, Jon Huntsman - who was the Governor of Utah between 2005 to 2009 - and mother, Abigal adopted Asha Bharati Huntsman from India in 2009.

Approximately a decade earlier, when Jon was serving as the US Ambassador to China, the Huntsman family had added Gracie Mei to the ever-so-growing female heavy household.