Is Anna Kendrick Married or Has a Boyfriend? More on Her Parents & Sibling 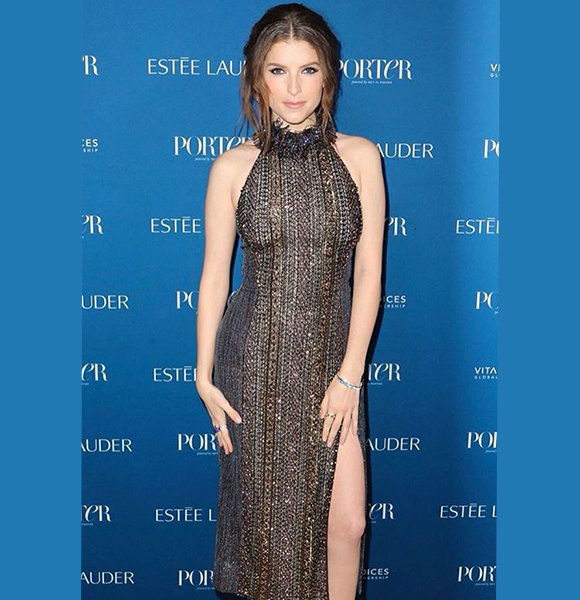 Apart from her amazing career, the fandom is curious about the star's romantic life with her boyfriend.

Before tasting mainstream success, the actress showcased her talents in the theatre. Then, at age 12, she became the second-youngest to get nominated for a Tony award for her role in High Society.

Thus, it was no surprise when Anna got the Oscar nod in the Best Supporting Actress category for the 2009 film, Up in the Air.

Who Is Anna Kendrick's Boyfriend?

Usually, outspoken Anna becomes coy on the topic of her personal life. Therefore her love life with boyfriend Bill Hader has been very low-key, and there is little to no information on the details of how they met.

Nevertheless, the couple is very much in love and happy with each other.

Before dating her current boyfriend, Anna was in a relationship with her ex-partner Ben Richardson. Anna and her British cinematographer ex-beau began dating in August 2014 after they met on the movie Drinking Buddies set.

However, she kept public appearances with her ex-boyfriend to a minimum, and only paparazzi shots captured the pair. On 11th July 2018, she was seen out and about with her ex-partner in Miami. Naturally, a secretive Anna hasn’t shared anything about her marriage plan yet. Maybe she will get married to her partner, only time will tell!

Anna’s life is intertwined with Hollywood in the real sense. Besides her work, the Into the Woods actress tend to find romantic partners in the film industry. She met director Edgar Wright while making the movie Scott Pilgrim vs. The World. The duo soon got close and began dating in 2009.

Sadly, the relationship ended in 2013 as the couple parted ways after five years of romance. Anna was also linked to Chris Pine and Zac Efron while working with them in movies like Into the Woods and Mike & Dave Need Wedding Dates, respectively.

But, the romance news turned out to be baseless rumors as she was already dating her ex-partner, Ben Richardson, at the time.

The 36-year-old actress comes from a family far removed from the glitz and glamour of Hollywood. Her history teacher father, William Kendrick, and Janice Cooke- her accountant mother had no clue about the movie industry.

Nevertheless, they supported their daughter in her acting career.

Anna opened up about her parents' support in her life and their dedication towards her, despite their divorce when she was just 15 years old. She credited them for teaching about the family while talking to Fashion magazine in 2015.

Well, there is another actor in the actress’ loving family.

Her elder brother, Michael Cooke Kendrick, has acted in movies & TV series, namely Looking for an Echo, Celebrity Ghost Stories, and Celebrity Close Calls. Both siblings have surely made their parents proud.

By working hard in her field of work, the actor now holds a net worth of $20 Million, according to Celebrity Net Worth.

Stay with us for more updates regarding the star's professional and personal life.