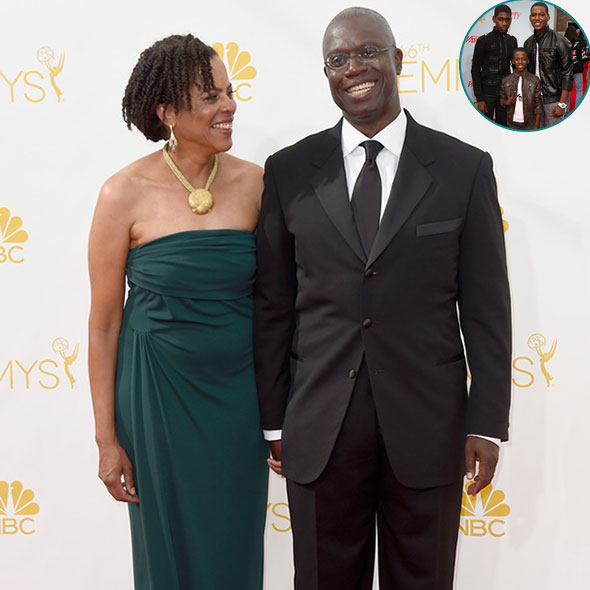 Ami Brabson is well-known for her role in  Homicide: Life on the Street (1993). She is especially recognized because of her famous husband. However, the couple has been going strong with their marriage and is blessed with three children.

Let's look deep into this happy family of five.

He is especially known for playing Captain Raymond Holt in the police comedy series Brooklyn Nine-Nine.

The couple has been married for over two decades and is still going strong. Ami and her husband are blessed with three children. Talking about her children, their first son, Michael Braugher, was born just after their marriage in 1992.

Learn About: Elpidia Carrillo's Happy Married Life and Net Worth

Talking about their children, the husband and wife are blessed with three sons. Their first son Michael Braugher was born just a year after their marriage in 1992.

Their second son Isaiah Braugher was born in 1996, and they completed their happy family with the arrival of their third son John Wesley Braugher, born in 2003.

However, the couple has not shared all of their children's identities with the world. Only their first child, Michael Braugher's picture, is available among their three kids.

Until now, none of Ami's children are featured in movies as the couple dislikes promoting it in their family. In an interview with USA Today30 in 2010, Ami's husband Andre said,

"We don't promote it in our family. I don't want to thrust anyone into it. You got to really want it to endure it. They have to want it for themselves."

We could not agree more with the couple's virtue towards their child's future.

However, until this date, no rumors or news about the couple likely going from divorce or Ami engaged in any different relationship with any boyfriend is seen or heard, and we wish this to remain as it is.

Like her husband, Ami also has a great career.

Ami Brabson does not have a wiki page to herself till now, and her date of birth is also not disclosed. However, Ami graduated from New York University with MFA in the Acting Program and later received her B.A from the Northwestern University.

She has also done numerous Off-Broadway theatres like the Old Settler, the Piano Lessons, etc.

Know More: Matthew Mercer- The Voice of Many Characters

She was honored by the Connecticut Critics' Circle with the Award of Excellence for Outstanding Actress for her performance in TheaterWorks Hartford's critically acclaimed production of American Son.

Stay tuned to get more updates on Ami Brabson.