By LRU Writer | On: September 23, 2019
American actress, Isabel May made her debut in acting with the Netflix original series, Alexa & Katie, at an early age of...Previously a ...she stands at the height of...The youngster's Instagram hints about her love life...She has talked about...She has also landed roles in movies and TV shows namely...The young actress shares her birthday with two famous celebrities... 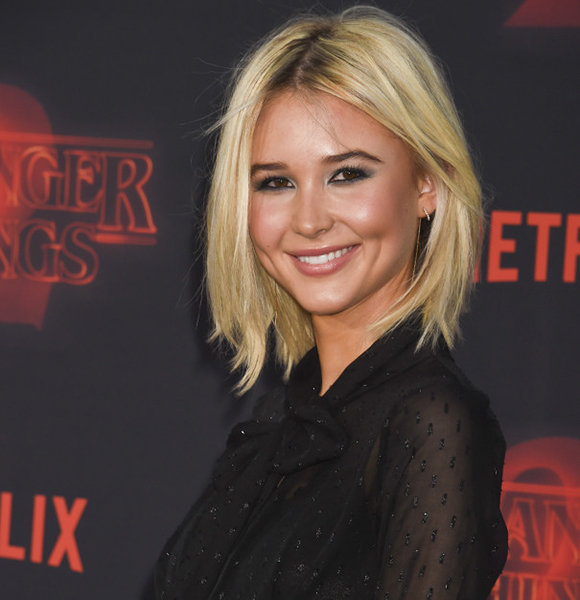 American actress, Isabel May has achieved much in her short career and succeeded in making a name for herself at a young age.

The aspiring actress and model first debuted onto the entertainment industry with the Netflix original series, Alexa & Katie. The show's success and Isabel's praise-worthy performance landed her with a handful of TV shows and movies.

While the youngster now enjoys her early years as a celebrity and an adult, she is thankful for all the support from her parents but wants them to remain away from the chaotic world of showbiz.

Isabel, who has surpassed some delegate actors of the industry in no time, shares her birthday with renowned celebrities including YouTuber Colleen Ballinger and actor Sam Palladio.

Born on 21 November 2000 in Santa Monica, California, the young actress completed her high school in 2017. As she wants to keep her family out of the taunting eyes of the media, the former model has not revealed the identity of her parents and her siblings. While Isabel has not confirmed if she meant the Instagram post as a joke or was announcing her love life in public, both scenarios seem interesting.

The young actress primarily entered the show business working as a professional model. After establishing herself as a model, the California native developed an interest in acting.

Even though she possed a lot of talent and interest in the field, her young age and pressure of studies did not allow her to explore the industry just yet. Her parents wanted her to complete her academics with good grades and then continue with her acting.

Under such circumstances, the 18-year-old made a deal with her parents that she would not commit to going on auditions for acting until she reached the ninth grade. As the days passed by she excelled in her studies and after completing her ninth-grade shifted to online schooling for the final year.

Just six months into the final year, with a roaring passion for the performance art, she made her on-screen debut playing one of the titular roles, Katie Cooper, in the Netflix original series, Alexa & Katie in March 2018. The TV show is based on the life of two friends, one of whom suffers from a terminal illness. The sitcom revolves around the friends as they struggle to adjust in high school, while one of them undergoes treatment procedures.

The series was a massive success with both fans and critics, which in turn, made Isabel an instant fan-favorite. The actress' success story became her invitation to attend several red carpet events.

Isabel made her red carpet debut alongside her co-star Paris Berelc in the 2018's Creative Arts Emmy Awards held on 8 September 2018 in Los Angeles.

After her well-praised performance in the series, she was further cast in the second season of Alexa and Katie.

Isabel, who stands at the height of 5 feet 9 inches (1.75m) and weighs 55kgs, also appeared on the Entertainment Tonight in 2018 to promote the show's second season.

Apart from the well-received series, the actress has had her hands in other TV shows including Young Sheldon in 2018, where she portrayed the role of Veronica. In addition to acting, she is a profound model who starred in the 2019 Vogue Magazine cover in January.

With a handful of TV shows and movies already signed, Isabel, aged 18, is headed towards a prosperous career. She has also landed the lead role in the 2019 horror movie, Let's Scare Julie to Death.