By LRU Writer | On: June 11, 2021
Jax Taylor Back At Dating Girlfriend After Scandalous Affair; Standing Strong? Jax Taylor is a reality star who manages to land himself in the news for his scandalous affairs with a number of women. The actor is recently making it to the headline for being unfaithful to his reality star girlfriend, Brittany Cartwright. 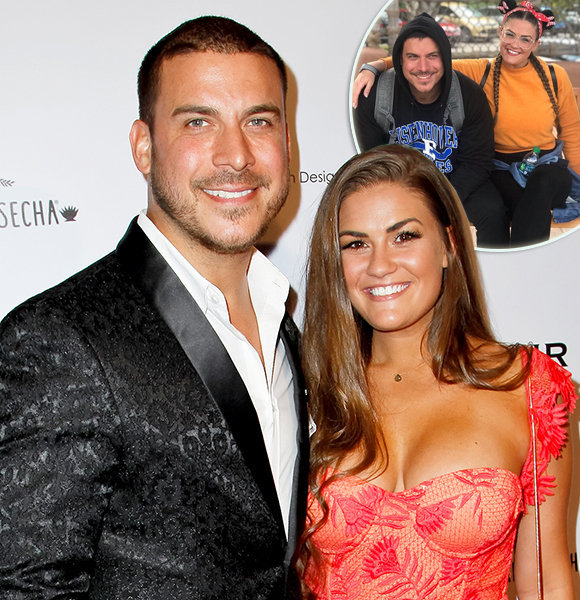 Jax Taylor, the star of the hit reality series Vanderpump Rules, learned this lesson the hard way as his infidelity to his then-reality star girlfriend, Brittany Cartwright, threatened their relationship.

He had been in some scandalous affairs and unfaithful to his—not one but—two girlfriends; well, ex-girlfriends. Know more about his twisted dating affairs by scrolling down!

Jax Taylor is a reality star who manages to land himself in the news for his scandalous affairs with several women. The actor made it to the headline for being unfaithful to his then-reality star girlfriend, Brittany Cartwright.

First, Jax denied all the allegations. He claimed:-

"I've been really different with Brittany — I've never cheated on her, I've been faithful. We've had a great relationship."

But, later, he admitted to sleeping with Faith Stowers by saying:-

Jax even tweeted on that matter. An excerpt read:-

On the other hand, Faith revealed how her romance with Jax got ignited. She said:-

“When he gave me a hug, I have on shorts on — it’s hot, it’s summer —he grabs my butt and I’m like, ‘Jax, what are you doing?’ He goes, ‘Oh, you know, Faith, you know I’ve been wanting this for a long time’ …  He’s almost begging, but it was not in a disgusting or dirty way. It was like, he just really needed to talk to me and as he’s talking to me, he’s grabbing on me. One thing led to another. It happened so fast that … We weren’t worried about protection, we weren’t worried about anything, it was just so fast.”

But even after being so unfaithful, his wife Brittany forgave and took him back.

It was all in the past, and it looked like they gave their relationship a second chance.

Before Brittany, Jax was in a relationship with Stassi Schroeder, but he ended up cheating on her with a hostess in Las Vegas and also with Stassi's friend, Kristen Doute.

But, the reality star tried his best to stay loyal to his Brittney and made up to her for his disloyalty.

Jax has looks that can get both gay and straight drolling over him. And now, with his changing behavior, he won the hearts of his fans.

In June 2018, following two years of dating, Jax and his then-girlfriend Brittany got engaged. During the proposal, he had used a 3.14 cushion cut Kyle Chang engagement ring to pop the big question.

While still drawing plans for the big day, the then-engaged couple expressed their desire not to sign a prenuptial agreement.

Exactly a year after the engagement, the Vamderpump Rules stars shared the "I do" at a Kentucky Castle-themed wedding in Kentucky. After the completion of the event, Jax and his wife Brittany were set to fly to Los Angeles before jetting off for a tropical honeymoon.

In the arena of showbiz, almost celebrities have fallen victim to unverified rumors and speculation following their relationship. Likewise, Jax - age 40 - couldn't found himself in the same position as well.

On  23rd August 2019, he was spotted unloading items from truck riding a scooter, and a few days later, he was seen cleaning his driveway- all without wearing his two-carat worth of the white diamond wedding ring.

As a result, media outlets started speculating that the two weren't in the proper terms in their relationship. Thankfully, their relationship was instead contrary as everything was going well between the newlyweds.

His wife even put an end to the rumors during an interview with US Weekly citing,

“We have to laugh about stuff because, I mean, there are articles saying that our marriage is in trouble and stuff like that. I’m just like, Oh my goodness, indeed. But have they been so solid?We have been so solid,I don’t even worry about it because as long as we’re happy and we’re doing good, that’s all that matters, you know?” But then … why the ringlessness? Brittany says it could have been because he was working out, when he takes it off so he “doesn’t mess it up.”

With the statement out, fans took a sigh of relief, and the love birds bond is intact than ever. On top of that, he has shifted from his apartment with his wife to their new luxurious home located in the neighborhood of Valley Glen, California.

Bought for a whopping 1.9 million, the reality icon's 3,800-square-foot even features a pool and lounge area. So, the pair seems to be stepping up the lifestyle significantly along with their budding married life.