Chris Pine's Dating Status Now, Who Is His Girlfriend? 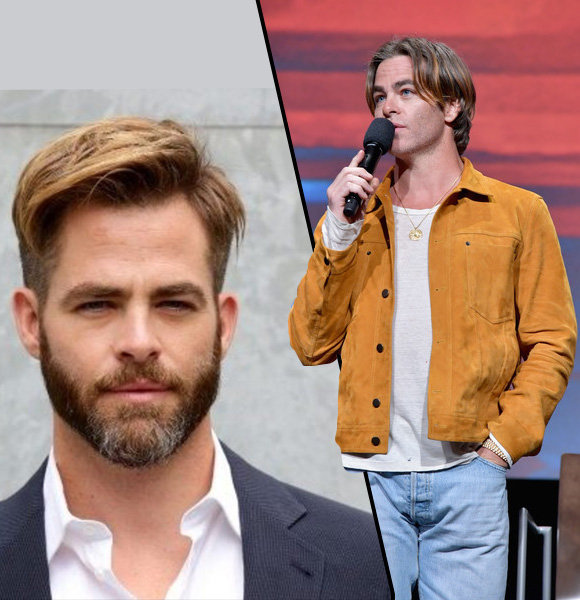 Chris Pine is famous for his role in the 2017 blockbuster Wonder Woman alongside Gal Gadot.

Apart from the star's career, the fandom is curious about the star's romantic life with his girlfriend.

Besides Wonder Woman, Chris has worked in various other high-value productions such as Spider-Man: Into the Spider-Verse (2018), in which he provided the voice for Peter Parker, and Star Trek Beyond (2016), in which he portrayed Captain James T. Kirk.

And he is going to be busy in 2020 as well. The actor has five movies on the way, which includes the highly-anticipated sequel to Wonder Woman, Wonder Woman 1984.

Chris Pine's first known affair was with actress and ex-girlfriend Sorel Carradine. The couple dated in 2006 but broke up after a while.

In August 2008, Chris began a relationship with actress and model former girlfriend Beau Garrett and split up a year later.

In 2009, Chris and actress ex-girlfriend  Audrina Patridge went out for dinner. And interestingly, Chris and Audrina were seated next to one another during the 2009 MTV Movie Awards.

This fueled the dating speculations, but they couldn’t last very long as Chris reportedly dumped Audrina a month later because he didn’t want unwanted attention due to his relationships.

Then in this list comes Olivia Munn. The Wonder Woman is the third woman to be linked with Chris in 2009. However, neither of them confirmed or denied the existence of any romantic relationship.

After rumors about Olivia died off, Chris had short encounters with two other women. He was linked with Nathalie Walker in January 2010 and Jasmine Waltz in April of that same year.

Then, Chris went on to have another fling with Amanda Frances Horne in May 2013. Further, Chris moved on with Icelandic beauty Iris Björk Jóhannesdóttir. They went out from November 2013 to sometime in 2014 and were seen together quite a lot in public.

But, much like his previous relationships, this, too, ended without the public knowing about the reason.

Further, Chris was also rumored to be dating his Into The Woods (2014) co-star, the gorgeous Anna Kendrick 2014. However, the relationship just turned out to be a rumor.

The 11th woman on this list of Chris’s partners is Zoe Kravitz. Chris and the X-Men actress enjoyed a decent dating period as their relationship lasted from September 2014 to February 2015.

Then followed another fling with reality TV contestant Samira Mighty and a Coachella music festival spotting with Star Trek Beyond co-star Sofia Boutella in early 2017.

Chris’s Current Partner; Does He Have a Wife?

Annabelle Wallis is the 14th woman that Chris has been linked to over the years, and they got together in the spring of 2018. Chris Pine with girlfriend Annabelle Wallis during a date night in London in 2018 (Photo: Daily Mail)

However, Chris and his girlfriend Annabelle decided to keep things casual between them in the initial phases of the relationship and only revealed their involvement with one another a while later, in July 2018.

The couple is still together as of January 2020 and is frequently spotted together in public.

Chris was born on 26th August 1980 in Los Angeles, California, the US, to parents Robert Pine (father) and Gwynne Gilford (mother). He grew up alongside his sister Katherine Pine.

Chris has an estimated net worth of around $30 million as of January 2020.

Chris has always supported the LGBTQ community and was very supportive of his friend and co-star, Zachary Quinto, coming out as gay.